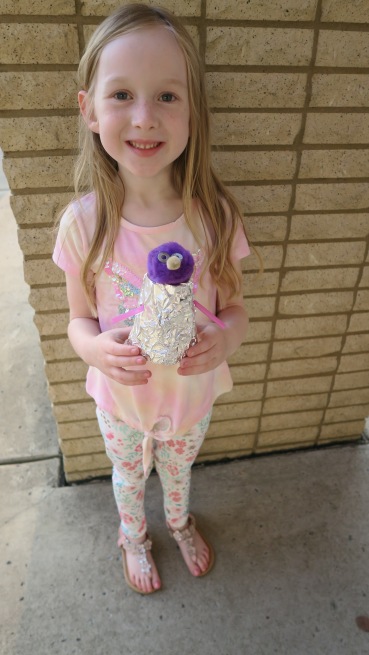 A week from right now will be your first day of summer break; meaning that you’ve now got less than a week left of being a Kindergartner.

And this makes your final week of ever being at the same school as your brother.

It has been such a perfect year for you!

This past week I took you to the final school sponsored event of the year, where you and I got to make some crafts together.

You were so proud of the robot we made: “Daddy, it looks just like R2D2 from Star Wars!”

We now have it on display in our living room.

You are so special and I am so honored that I get to be the Daddy of such a sweet little girl.

You and I recently went to go see The Rise of Skywalker; as more of an obligation to the fact we’ve seen all the other new Star Wars movies.

I knew that you liked it, but by this past weekend, I realized that at age 9, you are old enough to officially care about Star Wars now.

This past weekend when we visited the public library to check out some books and DVDs for the week, as is our family’s custom, you specifically wanted to check out Episode II: Attack of the Clones.

I softly warned you that it’s not one of the best ones, but you didn’t care.

Turns out, you loved watching it.

Afterwards, you started looking up Star Wars Lego sets online to spend some of your Christmas money on.

After a year of careful consideration and research, I finally purchased a Funko Pop vinyl figure for my cubicle in the office.

But before I made my official decision, I sought my 3 year-old daughter’s confirmation. I presented her with the character figure of J.J. Abrams; the producer of Lost and the new Star Wars movies.

In that moment, I received confirmation that my own perception of myself truly matched not only how I perceived how others perceive me, but also, how others actually perceive me.  And sure enough, once I debuted my avatar at work this week, all of my co-workers agreed that the Funko Pop vinyl figure of J.J. Abrams does indeed look like me.

A few of my co-workers actually assumed had the figure custom-made!

However, this is somewhat of a rare occurrence:

One of my life’s revelations this year, after turning 38, is this:

We tend to incorrectly assume that others give as high of a value (if any!) to the same traits we place in the category of “If I Only I Was More…”

The irony is that perhaps if we actually obtained the self-assigned “improvements” we wished upon ourselves, others may not even notice at all!

Therefore, we spend much of our time hoping, wishing, and trying to make changes about ourselves that wouldn’t actually improve other people’s perceptions of ourselves; most ideally, improving our relationships with those people.

I’ll be a bit vulnerable here and give you a personal example. 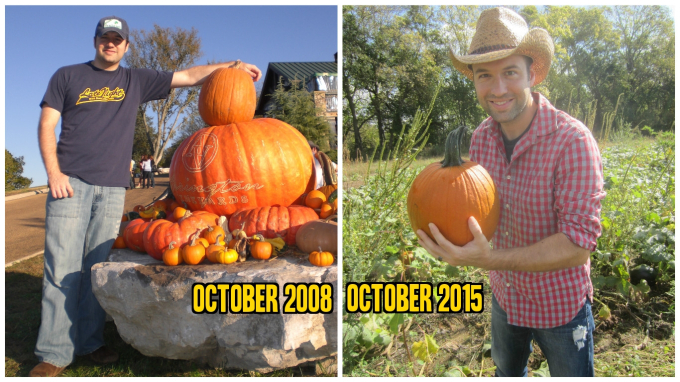 All summer, I have been receiving “What You Were Doing 5 Years Ago” notifications and photos through Facebook.

That was the summer I had recently become a vegan. I was never in my life more perfectly thin and fit. I had finally reached my ideal body weight and clothing size.

I enjoyed that for about a year, before my body found a way to overwrite the shock of no longer consuming cholesterol through my diet. Within a couple of years, I was back to my original weight; despite still being vegan.

I have consistently ran, worked out, and altered my diet to include some animal protein again, but I’m still nowhere near that initial weight from 5 years ago.

But now, I have come to the realization that even if I was able to get back down to my perceived ideal weight of less than 160 pounds, it wouldn’t make anything better in my life… beyond the thoughts in my head.

And actually, back when I was my perceived ideal level of physical fitness 5 years ago, I believe I was less likable of a person back then anyway! 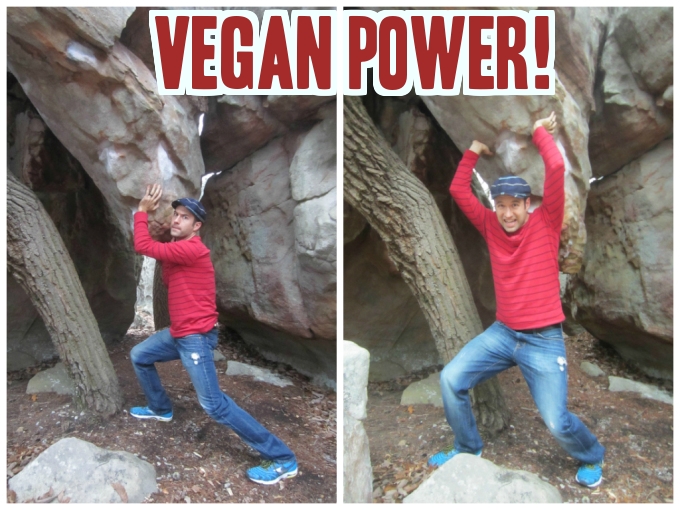 Before the age of 35, I was still giving power over my emotions to other people; still giving the free world free reign regarding the ability to offend me, hurt my feelings, and disrespect me.

I also was still to some degree attempting to prove my views and opinions were superior. I made a fool of myself on Facebook, mocking the concept of human beings consuming eggs and dairy from other species.

Because at that point, I had not reached the level of emotional intelligence I now live in.

It took that experience to help get me where I am today.

The closer I get to age 40 (I’m now just a year and a half way), the clearer my perspective becomes about how the world actually works… especially when it comes to human interaction.

The reality is that most of the time, the things we think will make us be better perceived by others actually have zero value to others.

Instead, most people notice and appreciate a person who is confident yet humble, who knows how to make others feel better about themselves, and invests their time, energy, skills, talents, and/or to help others.

That is what actually makes us liked and respected by people.

So yes, there are 3 different version of reality:

How we perceive ourselves, how we think others perceive us, and how others actually perceive us.

We get to decide for ourselves which version to accept. 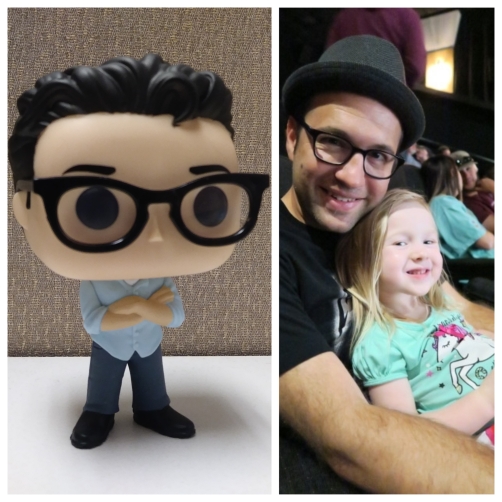 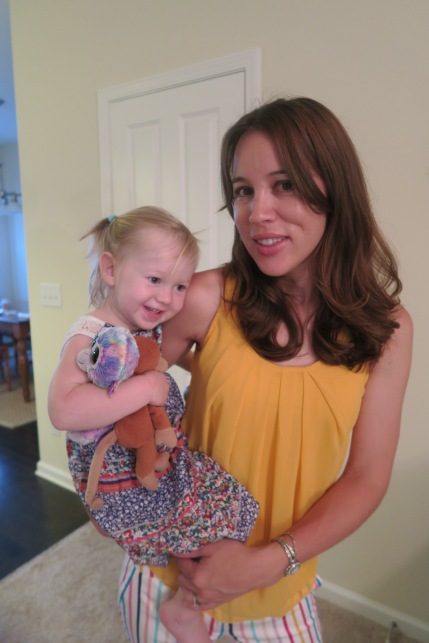 Last week, one morning before Mommy left for work, I snapped a picture of her holding you. Though I see the two of you in person every day, there was something about seeing you both in that photograph, which reminded me of what I already know:

Half of the population of our household consists of beautiful, lovely ladies.

While your brother and I serve as the court jesters and the adventure enthusiasts, it is you and Mommy who bring a necessary sense of elegance to our home.

That’s not to say that your brother and I don’t inevitably influence you to appreciate things like the Incredible Hulk; that on your own, you might not naturally gravitate towards.

In fact, I have you convinced that your class pet, a dwarf hamster named Gus Gus, drives a big pick-up truck. Each morning as I’m dropping you off at your school, you now have a routine and verifying with me:

You’re asking me…. but you’re also telling me. I always assure you that indeed, Gus Gus drives a truck. Admittedly, I’m confused on some of the logistics on how that could be true. Maybe sort of an updated version of Ralph S. Mouse…

Still though, our boyish influence on you is ultimately to serve as irony against the naturally girly ways that you and Mommy so effortless display.

I just don’t see it in the cards for you to be a tom boy.

Instead, you’re a girly girl who has an appreciation for Marvel and Star Wars related characters. But I’m pretty sure you’d still choose Peppa Pig over Chewbacca. 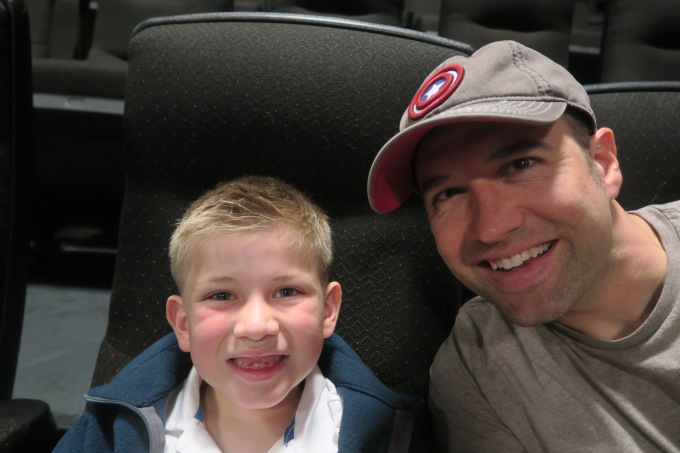 When I was kid, getting to go see a movie in a theater was quite an event! It was a special occasion that I never took for granted.

Maybe it’s a generational thing, but I have learned you are sort of already over going to see movies.

I carefully planned our family’s weekend schedule around seeing the newest Star Wars movie earlier this year. But when the time came, after groceries were bought and put away, the bathrooms were cleaned, and I got your sister to sleep for her nap, you asked me, “Daddy, do we have to go see it? Can we just wait until it comes out on Netflix?”

Selfishly, I was disappointed because it would have given me an uninterrupted break for 3 hours on a Sunday afternoon. No responsibilities, yet still serving as a form of spending quality time with you.

But no, I wasn’t going to make you to the the movies. Instead, you just wanted to play at our house.

Though it’s a struggle, I suppose I can understand where you’re coming from… a little bit. After all, these days it seems all the new Star Wars, Marvel, and Disney movies end up on Netflix anyway. And for a movie over 2 hours, it’s nice being able to not have to commit to it all in one viewing.

I admit, too; with all the amazing movies constantly coming out, it’s a little exhausting keeping up with them all.

So much for Sunday afternoons free of parental responsibilities.

Maybe it’s just a phase. Maybe by the time I’m no longer constantly exhausted once you and your sister are older and more independent, when I finally need less of a break, then you’ll see it as a worthwhile experience to go see a movie in the theater.

Until then, Netflix it is.