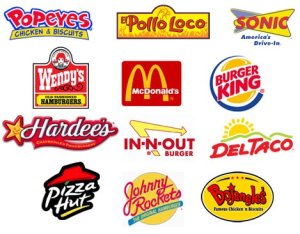 Sometimes as an elementary school kid I would just simply luck out. An announcement would come over the brown loudspeaker in class to announce that in the afternoon in the auditorium we would be having a Snake Show. Maybe this is just a northern Alabama thing, I don’t know. But what I do know is the entire school got to skip Social Studies once a year to see The Snake Man share his crazy collection of snakes onstage.

Cobras, water moccasins, racers, and even a giant anaconda which he let a group of volunteers hold in a group effort. Every once in a while, he would purposely (“accidently”) let a snake slither off the display table onto the stage of the floor. And whenever that happened, a piercing scream filled the non air conditioned room as many of the girls (and boys) yelled in terror at the top of their lungs.

The Snake Man defined what it meant to have a backwoods country Southern accent, like the kind State Troopers have in Virginia. He had these old fashioned jokes that he thought were hilarious. And by the 4th grade, I had memorized his routine. When he pulled out the albino rattlesnake, he would always say: “The reason this snake is white is because of lack of pigment in his genes. Now I don’t mean blue jeans…” At the end of the show, he gave us all some tips on how to know which snakes were poisonous and which were not. And I will never forget this:

“Red and black, you can pet his back. Red and yella, will kill a fella.”

After the days of Snake Shows were done, I was part of DECA, a Marketing class and club in high school. I loved it. I was actually good at it. We had competitions and got to travel. In the class I learned some neat behind-the-scenes stuff about advertising. One of the things was this: Fast food restaurants usually only use two colors for their signs: Red and yellow.

A quick Wikipedia search of some of the meanings of these colors is interesting. Red: exit, energy, passion, love. Yellow: Slow, fun, happiness, friendship, hope. A person is driving along, sees the red and yellow sign, and subconsciously thinks, “I need to SLOW down and EXIT here, because I have a PASSIONATE LOVE for that food. It brings me HAPPINESS and HOPE, not to mention ENERGY. And Ronald McDonald is my FRIEND.”

Red and yella will kill a fella. Applies to snakes and food. 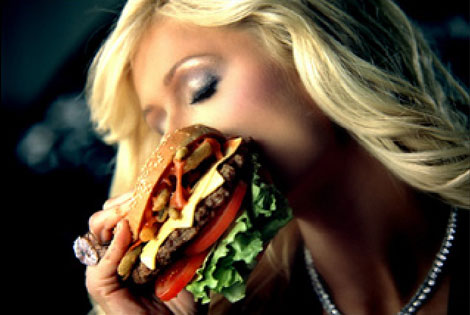 Using sex to sell a product isn’t always as blatant as Hardee’s (Carl’s Jr.) featuring Paris Hilton using her whole body to wash a car while eating a Thickburger as part of their “More Than a Piece of Meat” campaign. In 2005 when my sister and I shared an apartment in college, she casually made a comment one time that has changed my view on Red Lobster forever. We were watching a commercial for their “Unlimited Shrimp” special. She simply said, “They’re trying to make that shrimp look sexy.” Good call. Now, anytime I watch a Red Lobster commercial I can’t help but notice it. 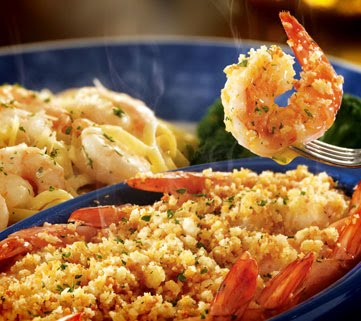 For the last several years, Red Lobster’s commercials have only been showing food; no people. The food itself is used to symbolize parts of the human body and the actions of the bedroom. The music is jazzy and sophisticated, with “ooh’s” and “ah’s” in the background vocals. The camera speed is slow. The atmosphere is steamy. Words such as “indulge”, “temptation”, “sensational”, “succulent”, and “peak” are often used.

That’s what makes for good subliminal advertising: It’s so much a part of the background that it takes someone pointing it out before it can be seen by the public. Either I’m as immature as an 8th grade boy, or the clever advertisers working for Red Lobster are being so subtle that no one seems to notice.

Whereas Hardee’s uses suggestive advertising in a more pornographic style and offends people, Red Lobster is sophisticated and does it subliminally… and totally gets away with it. Because who would call them out on it and risked being labeled as having a dirty mind? Me.

The first random, most recent commercial I found:
http://www.youtube.com/watch?v=6CzpNNbzMQA

A link to a website that reveals some other subliminal advertisements. Some are a bit of a stretch and some are pretty risque. Plus the guy who commentates is more crass than I am about it. But I did think it is interesting.
http://www.artistmike.com/Temp/SubliminalAd.html