Jeans vs. regular pants… you make the call.

Paraphrased conversation from this weekend:

Me: Those are cool.  Did you get some new plaid pants?

My sister: No, I just think you’ve never seen them before.

Me: Actually, usually when I see you, you’re wearing pants, not jeans.

Me: Good point.  Maybe I should just start wearing dress pants all the time too. 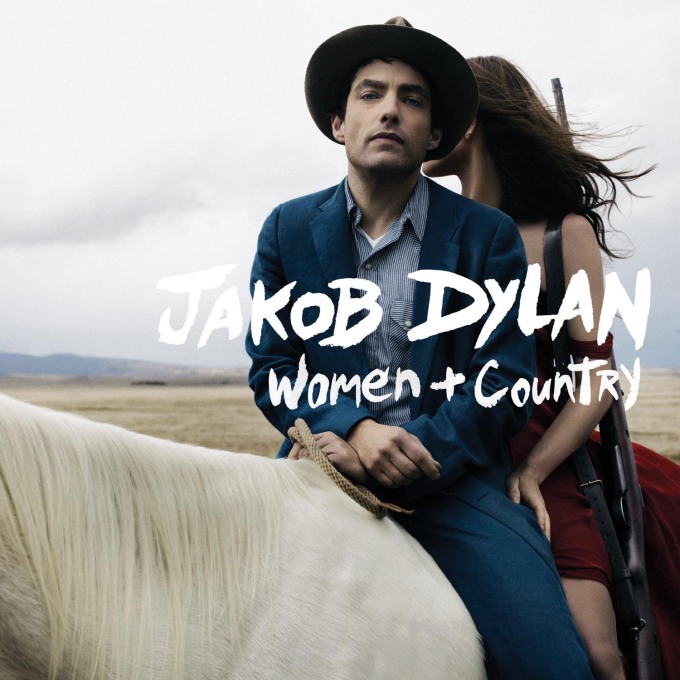 In my mind, I like wearing jeans because they’re so much more comfortable than dress pants or any color of khakis or corduroys.  But I can’t shake my sister’s words.  She’s right.  Jeans aren’t really as comfortable as I’ve been giving them credit for.

Though I had always assumed that pants are uncomfortable, it’s actually what I wear with the pants that I actually have a problem with.  Typically when men wear dress pants, they also wear a button down collared shirt (tucked in to the pants) and dress shoes; accordingly, women wear a dressier “top” and nicer (painfully uncomfortable) shoes.  But when we wear jeans, we tend to wear a more comfortable shirt (maybe a t-shirt or something along the lines of a long-sleeved polo or sweater) and go untucked.  And obviously, we wear more comfortable shoes. 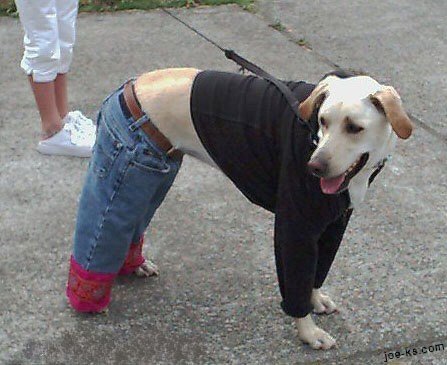 Everything we wear with the jeans is less restricting than if we were wearing nice pants.  But honestly, the jeans typically fit tighter and are thicker than dress pants.  Plus, I believe there is more pressure to “look good in jeans” than there is to look good in dress pants.  More eyes are critical of jeans than they are for pants.

So what is the solution?  The obvious answer in my head is to start wearing pants when I would normally wear jeans.  That means I would wear sneakers or Chuck Taylor’s with any color of khaki or corduroy pants.  And a Smurf t-shirt.  Already though, that’s starting to sound slouchy.  How ironic that replacing jeans with dress pants could actually lower the standard, but it sort of does. 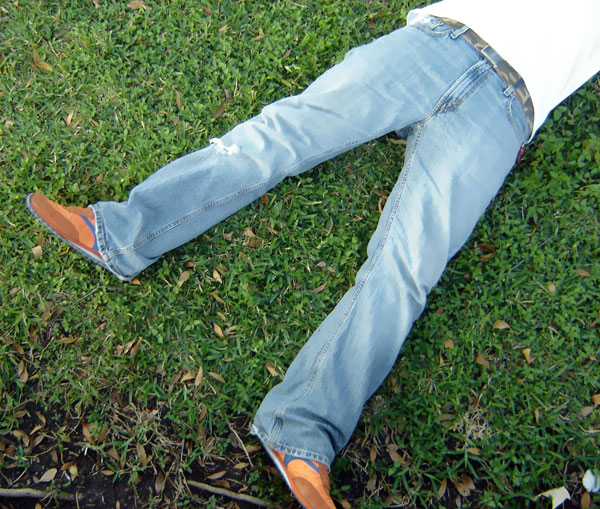 Even still, if only a personal project, I will be making a conscious effort to replace regular pants with jeans.  For guys, baggy jeans are a thing of the past (they died out around the time that dark jeans became the standard), which means these days we aren’t able to hang loose like we use to, thanks to the new norm being tighter fitting jeans for guys.  And for girls, I get the impression that not only are jeans not comfortable to begin with, but they’re more trouble to look good in, despite what happen for all four girls in Sisterhood of the Travelling Pants.

Challenge: Let’s replace jeans with normal pants with jeans.  I think we can find a way to make it work without looking like a slob. 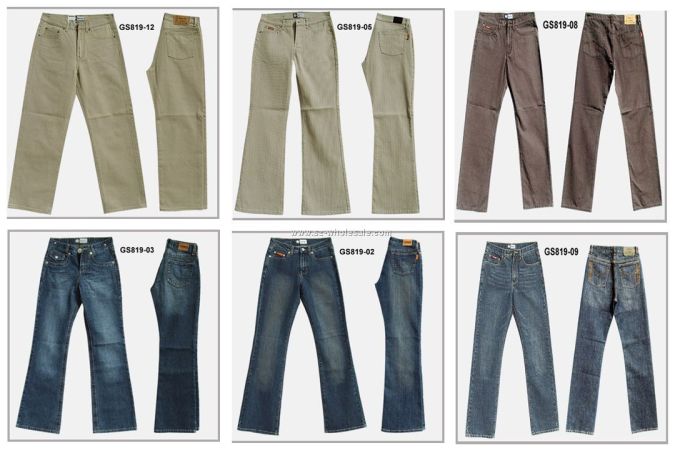 Everything you just read was written exactly a month ago.  It was saved in my “drafts folder” because I questioned whether or not enough people would agree that jeans aren’t as comfortable as we say we are.  But today in church, my friend Tommy Axford told my wife and I that because he went to private school, he never really wore jeans until his sophomore year in high school, and after having worn khakis his whole life, he declared that jeans are not comfortable.  So much so, that he proudly proclaimed he even wears khakis when he’s just chilling out in his living room at his house.  It was because of this conversation with him that I decided this post must be made public so that others could have a chance to agree that regular pants are better than jeans. 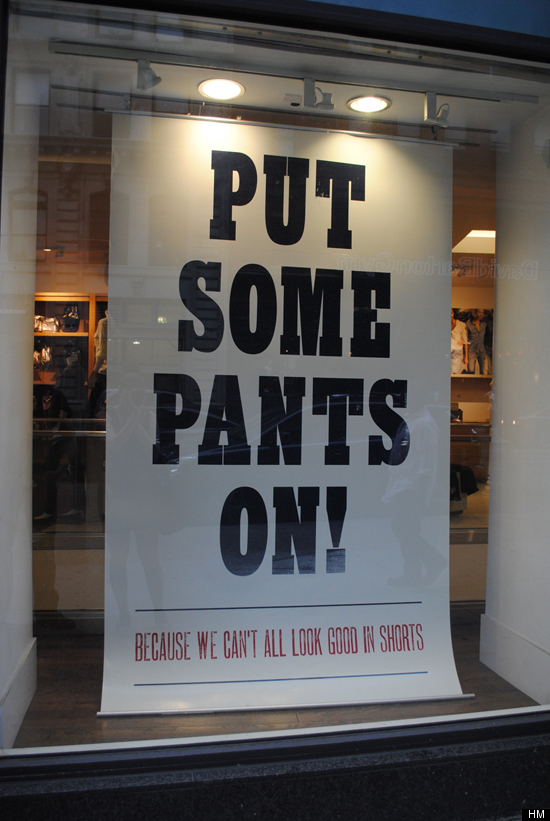 Being that this was written last month, since then I have had the opportunity to take my own “try wearing khakis instead of jeans” challenge.  The result- I’ve continued to wear jeans in casual situations.  Not because they’re more comfortable, but because I somehow feel they’re more appropriate for me as a guy.  I have this fear of looking like a banker- and in my mind, male bankers never relax enough to wear anything besides nice pants.  But I do hope to get over this one day.  If it were truly up to me, I would wear pajama pants all the time, but I couldn’t feel comfortable socially.  You just can’t win.

Trends are only truly cool when they’re not quite cool yet.  And by the time they are in style, they’re pretty much going out of style. 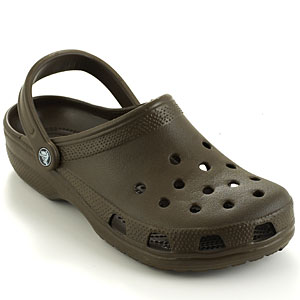 Recognizing the hilariousness of how in many offices in America, it is standard that everyone dresses professionally Monday through Thursday, but on Friday, everyone goes casual with jeans and often t-shirts, at the beginning of the summer I decided to start making Thursday a “buffer” day for how I dress in the office, encouraging everyone else to participate.  How do you transition from khakis and dress shirts to jeans and t-shirts?  Hawaiian shirts.

They are button-down shirts with collars.  Perfect, tacky transition.  At first, only one other coworker would join me in Hawaiian Shirt Thursday.  But then, if for no other reason they felt like they were missing out on something cool, one by one, others began joining us.  By the end of the summer, I had half of the office on my side.  Some people dug through their closets to find the shirt; some actually went out and bought one.  And now, even in autumn, many of us are keeping the tradition going.

Of course, this isn’t the first trend I’ve started at work.  In an effort to make sure I was drinking enough water everyday, I went to Whole Foods and bought a glass Voss water bottle that I refill several times throughout the day.  At first, coworkers joked with me, “Isn’t it a little early in the day for vodka?”  By now though, several of them have privately approached me to ask where they could get a water bottle like that.  And sure enough, the glass Voss water bottle is no longer weird in my office, but instead it’s the norm.

But the irony with trendsetting is that by successfully coming up with an original and unpopular idea, it eventually becomes unoriginal and popular.  Prime example: Crocs.  For the last couple of years, I’ve looked on from a distance at the weird plastic rainbow colored Birkenstock rip-offs.  They were so trendy.  You’d see moms and their kids out at the mall, all wearing Crocs.  Even though I wanted some, I refused to buy them.  Because they were too cool at the time.

However, this week I came to a realization.  The Birkenstocks I have been wearing were given to me by my parents Christmas 1999.  I had already paid $35 five years ago to have them resoled.  It was time for me to either have them repaired again, or pay $110 for new ones.  Or… pay $30 for some brown Crocs.

To entertain the idea of buying Crocs, I checked around Cool Springs during my lunch breaks while riding my mountain bike instead of driving (another office trend I’ve been trying to start since April), but sure enough, I had trouble finding any Crocs for sale.  Eventually, some girls behind the counter at a Hallmark told me to check out the Croc stand across from Fossil in the mall.

Needless to say, with yesterday being Thursday, I wore my Hawaiian shirt, with Crocs, while drinking water from a Voss water bottle.  And boy was I cool.  Yet I wouldn’t have been caught wearing Crocs if they were still trendy.  The trend of wearing Crocs is over; which is why it was more difficult than I had imagined to find them.  I’m not saying that Crocs aren’t cool anymore; they’re just no longer a fad.

And so an important rule for a trendsetter is to not get involved in a trend that is overly popular.  But once a trend is over, then it’s “game on” to participate.  Some fads, after their prime, become an outdated, yet timeless classic.  Like Hawaiian shirts.  And Chuck Taylor’s.  And the wondrous Rubik’s Cube.  WWWD bracelets?  Not so much.