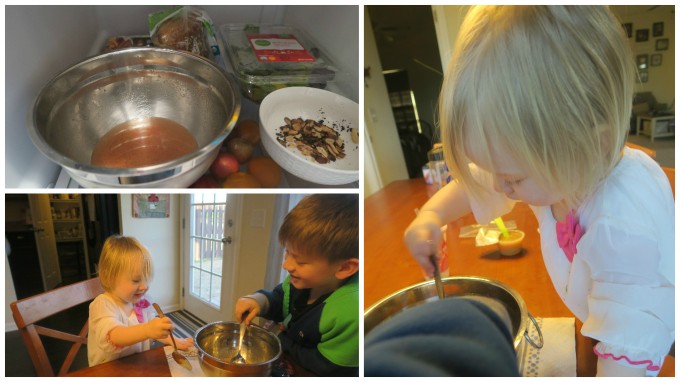 I admit: I don’t exactly know what you and your sister are up to all the time.

Fortunately for me, she is now old enough to where you are able to entertain her while I get stuff done. So while I’m hurrying to sneak in unloading the dishwasher, or taking a shower, I just trust that whatever you’re “helping” Holly do is something I would approve of.

For example, one morning last week, I learned after that fact, that you had taught your sister how to “make juice” by mixing together old Halloween candy (yes, from nearly 6 months ago) with water and ice.

I showed up right as your lifted the mixing bowl and asked me, “Daddy, can you help me carry this over to the fridge? The juice that Holly and I just made needs to settle in the fridge while I’m at school today.”

That’s been several days ago now. I never heard how that project ended. I had speculated that you were going to want me, or your sister, to try the juice once it was ready.

However, I think what really happened was that Mommy discovered the bowl of “juice” while she was preparing dinner that evening, and the juice mysteriously disappeared… down the kitchen sink drain.

We may never know for sure.

But what I do know is, your sister definitely enjoyed the adventure in the kitchen. It takes the creativity of a 7 year-old brother sometimes for her to have fun like she should.

She took your activity seriously. In her mind, she learned a new skill.

In her mind, she learned that if you are in the mood to drink some juice but can’t find any, you can just make it yourself.

I have a feeling that had she had the chance to try the juice the two of you made, she wouldn’t have thought it was half bad. 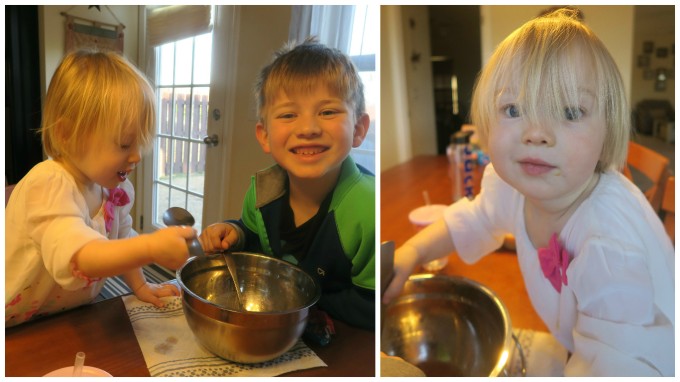