Leave a comment Posted on May 14, 2020 fatherhood, food reviews, Uncategorized

You have been interested in the strawberry plant that Nonna started growing this year. You knew that once the green strawberries turned red, they would be ready to eat.

I just happened to with you as you walked by and said, “Nonna, look, it’s a red strawberry!”

After wiping the dirt off of it with her shirt, she handed it to you to eat.

I didn’t believe that you would actually even try it. I was wrong…

Three quick bites later, the strawberry was gone. That is the freshest fruit you have ever eaten! 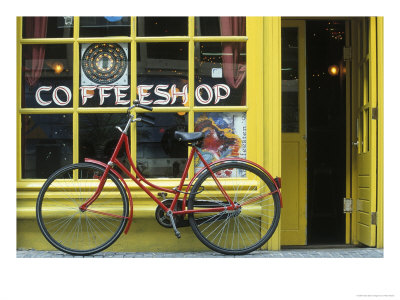 What makes old graveyards creepy, besides our sneaking suspension that the bearded ghost of a Confederate Army General will appear through the foggy mist and try to tell us a haunting story of he ended up with a hook for an arm?  (Pirates don’t have exclusive right to those things, you know…)  Take away the graves and all the preconceived ideas that human curiosity has handed down to us over the centuries, and chances are, the land itself is still not a beautiful piece of land to begin with.

I assume that the land used for graveyards and cemeteries often was the land that wasn’t aesthetically pleasing as the acres used for building homes, schools, and businesses.  Safe to say it wasn’t feng shui. 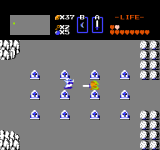 Instead it was the leftover, out of the way, dreary land that someone was just trying to get rid of.  So they sold it for less than they would have liked to an investor who saw its best potential and destiny was for it to become a graveyard.

We choose destinations for a reason.  Why do coffee shops serve as such a great pre-date and unofficial first date venue?  Because there are plenty of other people around in a coffee shop whose collected friendly conversations make for the perfect background murmur, so that while the two single people are surrounded by people, it’s intimate enough of a setting where they can, in a sense, feel alone- without the awkwardness of actually being alone when they don’t yet know each other that well.

If nothing else, the coffee itself serves as a convenient social crutch, as mentioned in Campfires.  A coffee shop is a setting of safety, comfortableness, and relaxation, as well a symbolic “garden of growth”.  I know this first hand:

Before I asked out my now-wife to the sure-to-get-a-second-date John Mayer concert, I primed our new friendship with several Sunday night meets at the local Starbucks.  It was the coffee shop that watered and fertilized our friendship into dating, then a little over a year later into marriage, and two years after that (present day), a baby.  A human life is scheduled to make its first out-of-the-womb appearance this November.  And it all started, in theory, by me choosing the right setting- which in this case was a coffee shop.

What if instead of asking her to coffee when we first met as strangers, I would have asked her to dinner?  It could have been awkward.  Eating with a stranger she just met the week before.  I could have ended up in a category of guys she had dated but it never really went anywhere- and I wasn’t willing to make that gamble.

I knew that if I built the relationship on true friendship first, it would be much more natural and relaxing to eventually eat a meal together at a restaurant.  But not before coffee at a Starbucks.

We can choose where either good or bad memories will take place.  Where does a guy propose to his fiancé?  Where do parents announce to their children that they are getting a divorce?  Because those places will never be the same again after that.

It’s why the phrase “may I speak with you for in a minute in my office, please?” is so epic.

Whether we choose the place, or it chooses us, the setting is everything; lasting an entire lifetime as it attaches itself to a memory of hope or a memory of damnation.