One of your favorite things to do when you stay at Nonna and Papa’s house in Alabama is to go outside and find wildlife.

I’ve noticed it never takes much effort nor time for you to come back from the yard with a collection of bugs and/or lizards.

Granted, some of the bugs end up becoming the dinner of the lizards.

So for a 2 grade boy spending his Spring Break in the mountains of Alabama, what better way to spend hours of daylight then to go out explore nature… and then to bring that nature back with you! 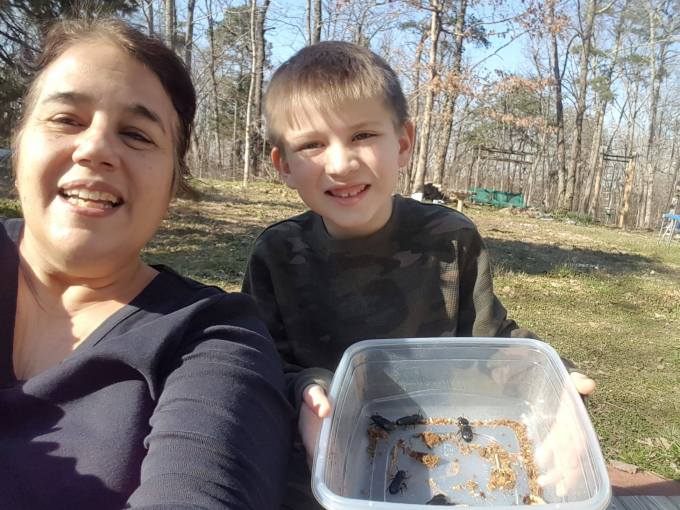 Now that your brother’s Spring Break is over, it’s time for one of your own. I drove Nonna back to our house when I picked her up last weekend from Alabama.

Mommy has been out of town this week for a business trip, so to help things run smoother, Nonna is here to help! That means you get a week-long break from your preschool, with Nonna as your teacher at our house.

I’m so happy that you get to spend a solid week with Nonna one-on-one, just like she got to do with your brother last week.

You are enjoying every minute of it!

Last week while you were on Spring Break, you got to stay in Alabama with Nonna and Papa; which is also where your two cousins (on my side of the family) live.

As a complete surprise to your cousin Calla, who is also in 2nd grade, you showed up for lunch at her school. I can imagine how happy she was to see you.

Some of her classmates assumed that you were a new student in their class, and tried to take you in as one of their own.

Since you and your cousin don’t have Spring Break the same week, stopping in for a surprise lunch is a good way for the two of you to hang out.

But maybe one day, you’ll both actually have Spring Break at the same time. 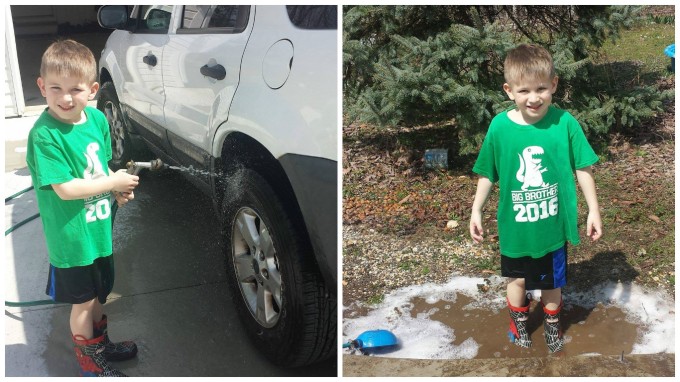 For your first official spring break, you spent the week in Alabama with Nonna and Papa. The whole time, Nonna was sending me pictures and texts from her phone, to keep Mommy and me updated on what you were doing that day. Of course, we also called you every night, as well.

This made your 3rd time to stay with Nonna and Papa for a week. And you made yourself right at home. Here are the texts Nonna sent me…

Jack wants to know if these are go-bots or transformers. It’s cooking Transformers.

Darla has had so much fun with Jack this week. They are just like puppies!

Two peas in a pod.

Something really special that you were able to do was to visit your cousin Calla at her school; as she is also in Kindergarten. You met her for lunch, then got a brief tour of the school.

You also got to hang out with Darla, her sister, at Aunt Dana’s house.

I see that you apparently enjoyed doing some chores while you were at Nonna and Papa’s house; though I suppose there’s a certain amount of messiness that comes along with those chores.

You definitely have an independence about you that I didn’t gain until I was a teenager. That actually means me feel proud, as your parent. I want to know that you’re not afraid to live outside your comfort zone and routine.

I would have never been okay, as a Kindergartner, with spending an entire week at my grandparents’ house, nearly 3 hours away.

But what can I say, you’re one adventurous boy!