In order to be cool these days, you have to embrace your inner dork.

By a college student’s junior year at a large university, there is no denying what he or she is majoring in.  Because by that point, there are certain undeniable quirks which have been weaved into the way they speak, how they spend their free time, or most importantly, who their friends are.  So when I chose the term “Major Nerds” as part of the title for this, it’s a play on words with a dual meaning like the classic TV show “Family Matters”.  It seemed to me that while in I was in college, a student became a nerd or a geek for whatever their college major was.

For me, the easiest ones to spot were the drama majors.  When a drama major walked into a room, they basically sang everything they said.  Their private conversations were never private; instead, everyone else in the room was an audience member for their traveling play production.  Of course they were also some of the most sincere and friendliest I knew in college.  Or were they just acting?  I guess I’ll never know.

I earned my degree from Liberty University, the largest Christian university in the world.  So it’s no surprise that in addition to every typical degree you could think of, they had a few peculiar options as well.  In particular, I’m thinking about the Worship majors.  These were the students planning a career in leading worship music at large churches… I guess.  Because every time you saw them, they were carrying a guitar playing “Shout to the Lord”, somewhat successfully drawing in a crowd of people singing along. 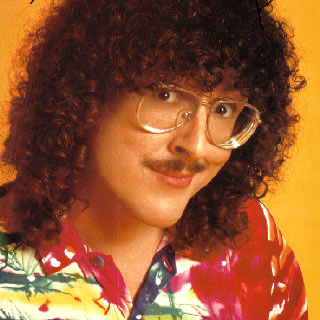 And if they weren’t doing that, they were inviting people to their “Night of Praise”: As part of their graduation requirements, the Worship majors had to entice an audience to come to a worship service in which the Worship major ran the thing.  For me, it was the most random thing someone could major in at our college.  I just couldn’t understand why a person would be willing to limit or brand themselves with such a specific degree.

What if after a few years of leading worship at a church, they decide they’d rather work in a bank?  And during the job interview, the employer says to them, “So, I see you have a college degree in… worship?”  And too, it’s just a weird concept to me that a person has to learn to worship God or lead others in worshipping God.  It makes sense, but also, like I told my friend James Campbell, whom I recently lost contact with because he evidently “quit” facebook: “Is that really something that you have to be taught?  Isn’t that comparable to having to take a class on ‘how to make love’?”

Then again, I’m not the one who feels I was called by God to work in the ministry.  So of course I can’t relate.  As for me, as if it wasn’t blatantly obvious, I was an English major.  To caricature us, I would say we were a strange hybrid: Decently liberal and very artistic on the inside, yet pretty conservative and sophisticated on the outside.  In other words, baby Literature professors in training.

Our heads were in the clouds, yet our feet were on the ground.  We were trained to dissect and diagram every situation into literary components; we were the Grammar Police to our dorm mates (see I am the Human Spell Check).  We were the only students who actually enjoyed writing papers.  In fact, I didn’t start out as an English major- I became one my junior year when I realized that if I enjoyed writing term papers, and all my friends came to me to proofread theirs, that maybe I should stop looking at some big dream of a career and just to what came easy to begin with.

And though those last two paragraphs about English majors were written in past tense, I can’t say that any of those characteristics about me have changed, simply because I graduated.  In fact, they’ve only increased in intensity.  In my office, I’m still the guy people come to when they need a letter written or an important e-mail proofread.  Obviously, I still enjoy writing- you know, hence the website and everything.

And really, that’s the way it works.  Most people end up majoring in whatever comes most natural for them anyway, for however they are wired.  Is it true that Finance and Accounting majors love working with numbers?  Sure, but it also comes easier for them then it would for me.  We all still like being challenged in our particular field.  When we can succeed in the difficult tasks of our specialty, it furthers us in becoming a locally recognized expert, equipped with knowledge and experience that impresses and possibly intimidates those who in different fields than we are. 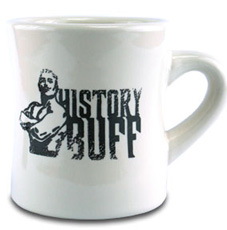 I can tell you why the “k” in knife is silent and I can spell any word correctly without thinking about it, but I can’t do numbers.  I can’t do science.  Nor am I a computer whiz.  There are so many things I’m not good at and that I know little to nothing about.  But when it comes to the English language, literature, creative writing, and any kind of written communication in general, I’m your guy.  In other words, I was an English major nerd.  And always will be.

I use the word “nerd”, but I could say “expert”, or “go-to-guy”, or “whiz”, or even “buff”.  It’s all the same.  We all like to be good at something.  And when we can, we like to THE person for our niche.  Which often means we all have a bit of quirkiness attached to us.  Everyone’s at least a little weird.   Even the people we think who are the most normal.

There is an art to “being there” when it comes to discovering The Quality of Life. From gaining educational degrees, to getting a job interview, to meeting one’s future spouse, showing up is the most important part. The rest is just details.

Showing Up: 75%
Getting a person to show up for anything is a task in of itself. Because I am a first-born child and because my wife was born of both first-born parents, she and I have both been wired to be planners. There is a schedule and a calendar. When at all possible, we live by them.

It’s easy to get us to show up if we have been told two weeks in advance. But we’re bound to be no-shows when we’re told about an event the day of, via text message. Because chances are, we already have plans.

Anyone who has been married in the last several years surely has a fresh-on-the-brain story or two about RSVP’s gone wrong. Like guests who say they will be there, RSVP for guests of their own (which were not invited), then don’t know up at all. Even at just $35 a head, it still stings when the bill comes after the wedding.

Human presence at a specific event at a specific time is a flighty thing. More fickle and unpredictable than any other aspect of The Quality of Life. A person has to be there before anything else can happen. But once they’re there, things tend to work themselves out.

You show up to class, you’re likely to learn at least a little something.

Experience: 5%
How can one person qualify to relate to another without the minimal proper experience? Whether it’s enough work experience, educational experience, or just simply life experience, without a history and understanding that is similar, it’s difficult for people to be on the same page.

Appearance: 5%
Not a matter of physical beauty, but instead what a person wears when they do show up. In other words, I’m referring to the importance of “wearing the right costume.” Despite what our bodies look like underneath our clothing, what we use to cover our bodies up with is worth more than the money we spend to buy it. Just like a nice Frank Sinatra-style hat can make any slob look a little bit classier, so can a person’s well-presented wardrobe make anyone look at least a bit more attractive.

Not necessarily a matter of expensive clothing. Just simply the right “costume”. A good presentation goes a long way. Or at least 5%, according to my calculations.

A few weeks ago on the “makeover episode” of The Biggest Loser, I laughed when I saw Allen. He already was a clean-shaven, clean-cut man to begin with. They just stuck him in a nice suit and tie. That was his makeover. 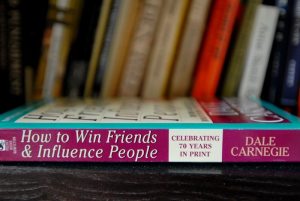 Personality: 5%
People like people who remind themselves of themselves. A person is much more likely to positively respond to another person who uses the same speech patterns, who positions their body in a similar stance, who laughs and shows sympathy at the right cues, who uses the other person’s name sporadically in conversation, and who maintains good eye contact. Dale Carnegie 101.

Performance: 5%
I have a philosophy I live by at work. “Do your best constantly. That way it’s easier to have your boss never say anything negative about you during a performance meeting or mass e-mail, especially when the boss is having a bad day.” With so many slackers in the world, when a person proves that they are competent, creative, and dedicated, they automatically stick out from the crowd. Just like we are quite aware of the inflation of money in our economy, it seems the same thing is happening with work ethics.

To acknowledge I can do something better is to say that I’m not already doing my best. And sometimes, for a person to do their best means that they are meeting their co-workers’ and superiors’ reasonable expectations. Which includes not pushing the dress code, taking constant personal calls, and leaving regularly for outside appointments. And that goes back to simply showing up.

Random Chance: 5%
Right place, right time. I showed up to a random filming of the CMT show “Crossroads”. I had the life experience of a 25 year-old American guy and could relate to a 25 year-old American girl. I was dressed neatly (not wearing Bachelor Pants). I was friendly and confident, not obnoxious or desperate. I successfully entertained the beautiful girl who I noticed as soon as I walked into the room, while we waited in an hour long line.

Without random chance (divinely guided or not) I wouldn’t have met the girl I would eventually marry. On October 5th, 2006 a stranger would walk into my life who would forever change it.

But of course the “random choice” of her being there too that night only reflects the importance of the most important element of the Quality of Life: being there. She showed up.

People are the meaning of life. And most of life is just simply showing up. To work parties. Service projects. Family reunions. School plays. Church activities.  People tend to notice, remember, and appreciate the ones that are there in person, not just in spirit.

This post is based on a concept presented to me by Shawn Garbett, a guy I met at my wife’s Christmas work party. We both showed up. Our initial conversion produced this as the result.