It is true that I am of a dying breed. Not only am I of the minority of drivers who can drive a manual transmission, but I am of the shrinking group of people who actually still owns a stick shift vehicle and drives it it as my main vehicle everyday.

In 2020, only 1 out of 8 new vehicles on the car lot even have the option to be sold with a manual transmission. Not only are vehicles with automatic transmissions more efficient on fuel, but they are also less expensive. It used to be the other way around!

It only makes sense that for the few of us who can still drive a manual, and who still do so daily, we are a unique group of people. We actually like the fact it’s not easy, even if it’s all muscle memory to us at this point.

I drive a 2010 Jeep Wrangler, which I have now owned for a year. One of the reasons I was able to snatch it up was because I didn’t flinch when I saw that it had a manual transmission.

Granted, I had never owned a vehicle with a stick shift before, but I had driven my dad’s old 1988 Ford Ranger during college a bit; while making money mowing lawns- as well as driving it when my own car was having issues.

A year into driving a manual transmission every day, it feels wrong when I do drive my wife’s car, with its automatic transmission. I always instinctively press my left foot down on the floor when I start the car.

So it only makes sense that with my $150 Amazon shopping spree for my recent 39th birthday, I chose this 6 Speed Manual Transmission T-shirt.

I also ordered the same thing for the spare tire cover on my Jeep. I will do another blog post and video on that once it arrives!

For the 3rd weekend in a row now, our family has designated an entire Sunday afternoon to taking the Jeep out to some new random town we’ve never been to, in an hour radius from where we live. 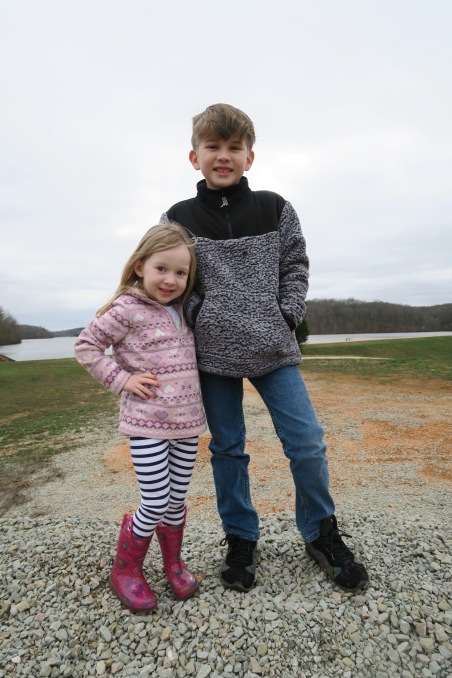 This time, I decided to search “Wildlife Management Area near me”. Having grown up right next to one in Alabama, and having really put the Jeep to the test on that one last summer, I figured that any wildlife management area near us in Tennessee would be worth the drive.

Once we arrived at the 15,000 acre park, we immediately saw another black Jeep like mine. I approached the driver and passenger to ask them where the best place to start was.

Billy and Angie offered to show us around, so we just followed them.

Your favorite part was when we drove on top of the dam. You also enjoyed playing on a pile of rocks with your sister.

I’m pretty sure we just discovered a new Jeep-friendly playground!

Christmas 2019 was extra special in that my nephew Matt (who is in the Air Force, stationed on Mississippi) and my niece Sara (who is a school teacher in California) were able to spend the holidays with my family in Alabama.

With all the Christmas cargo we had to take down from where we actually live in Tennessee and then bring back from Alabama, my wife and I decided to take both her Hyundai Elantra and my Jeep Wrangler for the nearly 3 hour drive there.

For me, it was just an excuse to be able to serve as a Jeep tour guide during Christmas vacation. I started out by taking Matt and Sara (and their mother Jeanene) on a 23 mile drive along Little River Canyon on Christmas Eve. 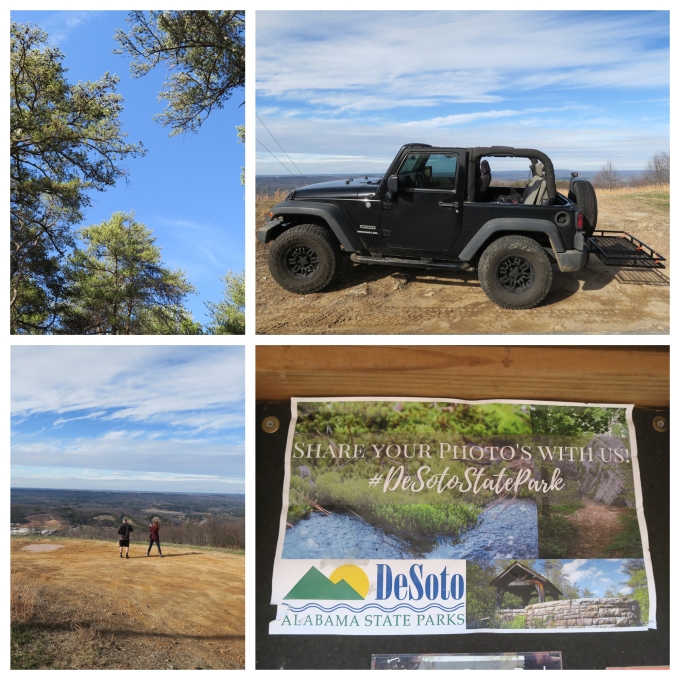 And for the day after Christmas, I announced I would be heading up a 9 mile hike in a “hidden gem” of a trail in DeSoto State Park, called Gilliam Loop (which begins at Cabin 21)- or at least, my version of it.

Matt and Sara agreed to join me, with zero hesitation.

Gilliam Loop is actually a mountain biking trail, but if you know where to veer off the path, you can connect to Pogo Ridge.

Back in 1934, the Civilian Conversation Corps (known as CCC) built culverts along the trail, which runs parallel to Little River. 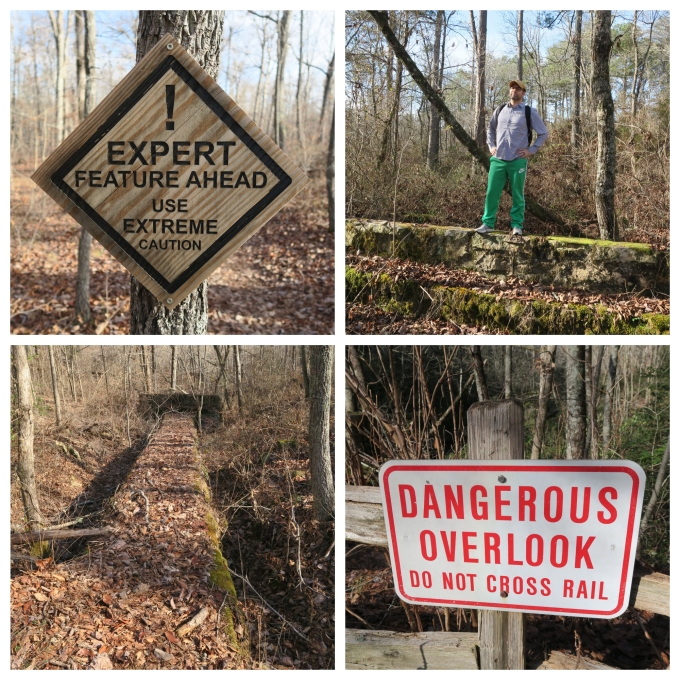 So it is really cool to see these 86 year-old structures still in place.

Pogo Ridge leads a crossing point of Little River itself. However, we opted not to cross through the river, which would have meant we would have had to hike the rest of the day in wet clothes.

Therefore, we took Exit 4 of the trail back to the Road 12.

Before heading back to the house, I took them by Howard’s Chapel; the church built into a giant rock, where the founding pastor’s ashes are contained. 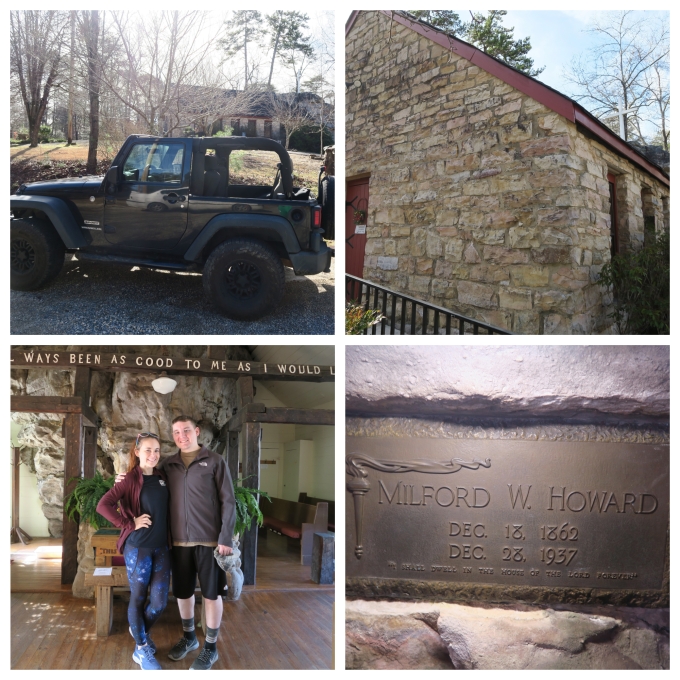 Oh, and I failed to mention:

Christmas Week 2019 contained perfect Fall Weather, which allowed us to have this much fun!

I had the top off the Jeep the entire time, as the temperate remained in the 60s for most of the time.

It will be a Christmas I never forget! 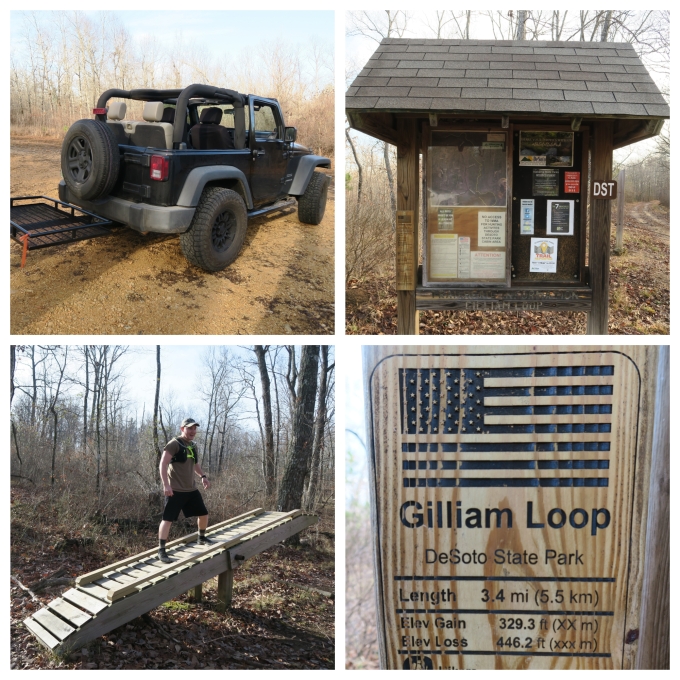 I only recently realized that we are actually coming to the end of another decade. This decade itself has presented several major milestones for me:

2010: I became a parent for the first time when my son Jack was born.

2011: I turned 30 years old. Parents Magazine chose me as their official daddy blogger- a side gig that was last the next 4 years.

2012: I became the manager of the retention department at my employer at the time, which triggered my fascination with emotional intelligence- especially, the concept that being offended is always a person decision.

2013: My wife and I became debt-free, other than our mortgage.

2014: We started building our new house.

2015: We moved into our brand-new house; having previously owned a town home. I also started my first YouTube channel, which currently has over 8K subscribers and earns me an average of $500 per month.

2017: The company I had been working for the past 11 years closed down my branch, starting a 6 month stretch of me being a stay-at-home dad.

2018: I made by television debut on the Lifetime Network show, This Time Next Year. I also got a new job, at a Fortune 500 Company, where I have now worked a year and a half.

As for 2019, there are 5 particular events that come to mind…

1- Existential crisis: Having reached all my major life goals before the age 40, I came to a point where I had to re-evaluate my goals and ambitions.

3- 20th Year High School Reunion: My wife and I had a great time with the people I grew up with and graduated with in 1999.

4- Releasing Original Songs: So far, my wife and I have released 4 new original songs together on my YouTube channel. Despite both moving to Nashville to start music careers, we had never publicly performed together.

5- 1st Family Pet: Despite our “no pet” policy in our home, my son wanted a teddy bear hamster for his 9th birthday. Ultimately, the hamster quickly became my pet- or at best, the “family” pet.

Now, with the 2020s ahead of me, I shall enter the decade in which I turn 40 and became of the parent of two teenagers. That ought to be fun. 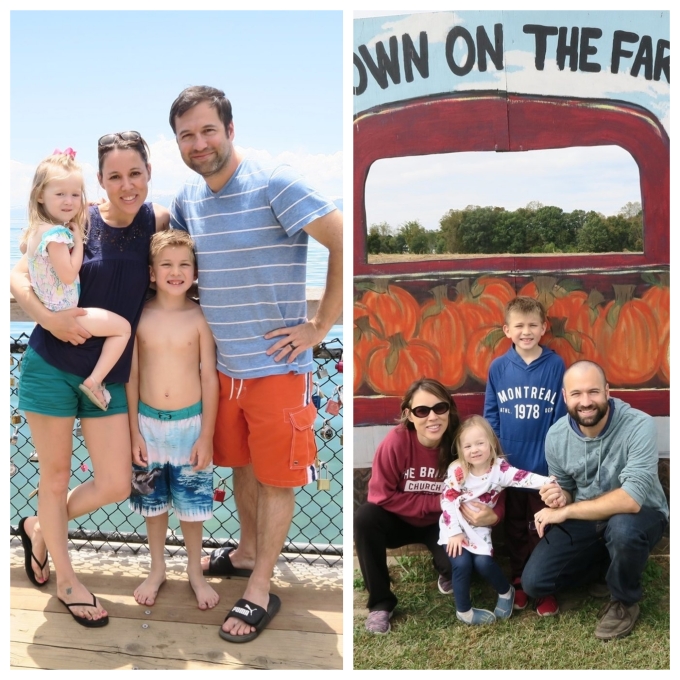 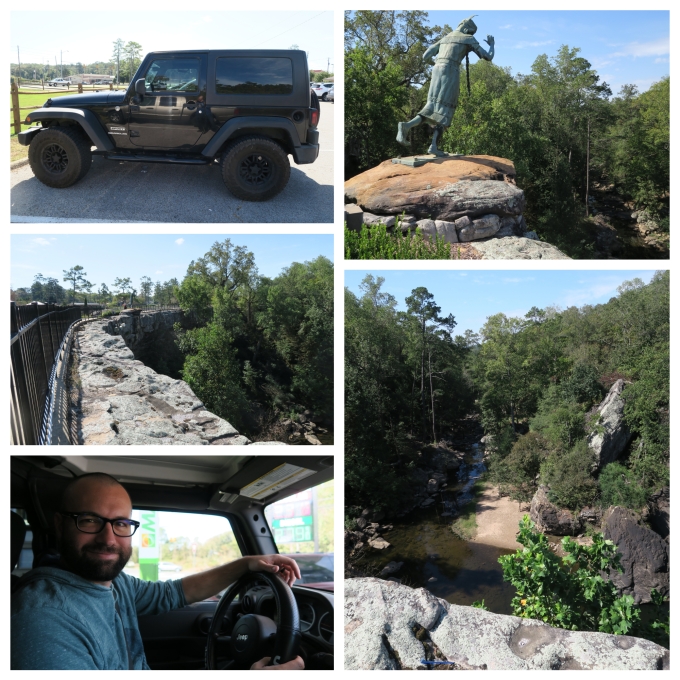 I grew up on Lookout Mountain in Fort Payne, Alabama; which happens to be the midway point between Chattanooga and Gadsden- less than an hour from both cities. 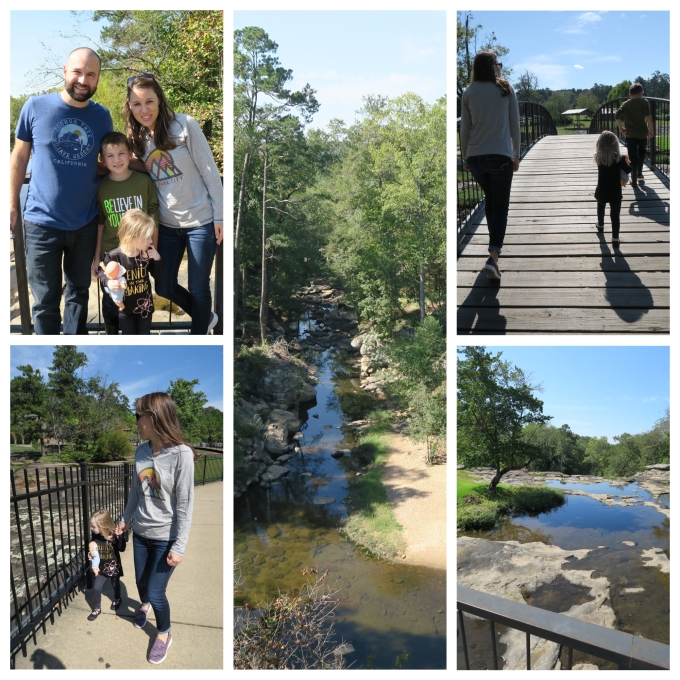 A month ago, my wife and I took a scenic drive all the way down the mountain to downtown Chattanooga. But this past weekend for our son’s Fall Break, we simply drove in the other direction, which led to Gadsden -home of Noccalula Falls.

Despite visiting the place throughout my own childhood, somehow I had yet to take my own family there. I suppose our new Jeep serves as constant motivation to discover (or rediscover) nearby hidden gems!

Children ages 3 and under are free admission, so we only paid a total of $16 to enter the park. That granted us access to the petting zoo, the train ride around the park, and the trails that go down to the bottom of Noccalula Falls.

It was a great way to spend an Autumn morning… 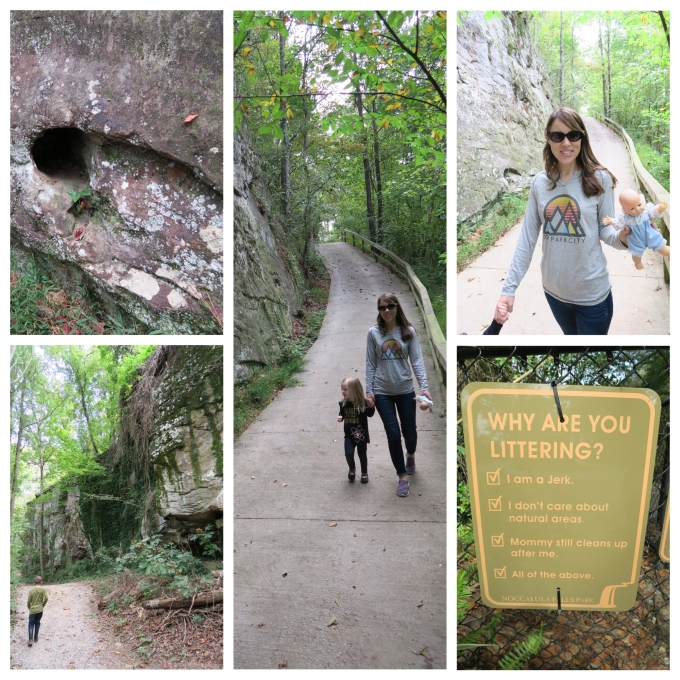 So if you are looking for a fun affordable family road trip, I highly suggest Noccalula Falls in Gadsden, Alabama!