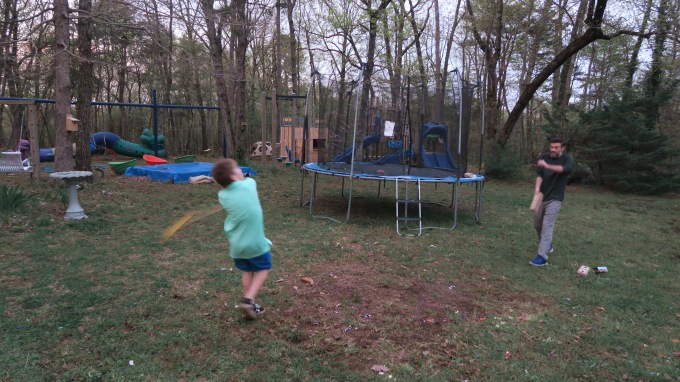 I would say it was perfectly appropriate that as an 11 and a half year-old, you were able to use Easter eggs filled with confetti as baseballs.

While you sister enjoyed stomping the Easter eggs, so they would burst open with confetti, you preferred to have Uncle Andrew pitch them to you; as you used a rake as a baseball bat.

You naturally have always been able to just come up with these adventurous types of ideas. You are creative when it comes to knowing how to have fun!

It was a post Easter egg hunt to remember!

Last Saturday, we celebrated Easter weekend at Nonna and Papa’s house in Alabama.

They had some special “confetti eggs”, which were actual egg shells stuffed with rainbow paper sprinkles inside.

You and your cousin Darla loved getting to stomp and smash your way through them in the driveway.

I’m pretty sure that for Easter 2022, most little kids didn’t end up spending their time making such a big mess.

Instead, most kids made things tidier by picking up eggs in the yard.

As for you, you definitely made a mess… but Nonna didn’t mind.

What a fun Easter weekend! 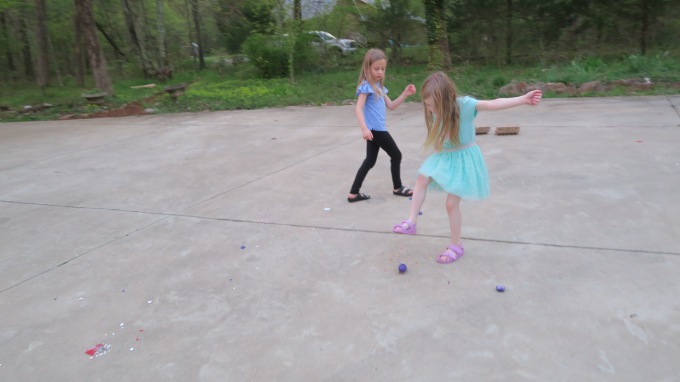 As a nearly 10 and a half year-old 4th grader, you’re technically a preteen. That’s how I see you at this point.

And this past Easter weekend, I noticed how you were one of the oldest the church egg hunt at Nonna’s and Papa’s.

For you, the egg hunt meant an emphasis on the word hunt.

You definitely scored big when it came to your candy collection.

Once it was over, you began a very business-minded candy trade ring.

I even heard you convince a friend to give you the dollar that received in one egg, in exchange for a candy bar you traded them.

This year Easter was a bit different. Normally, we would have been in Alabama to celebrate it, along with Nonna’s birthday. On top of the lockdown, it also rained all day.

Therefore, we had Easter indoors. We watched the church service online while making pancakes.

Afterwards, I set up the egg hunt in our house. The layout for our home is basically just a 2 story cube with a staircase straight through the middle.

So I hid 16 eggs on the right side of the house for you, and the other 16 for your brother.

I feel like you had just as much fun this way, compared to had the Easter egg hunt been outdoors! 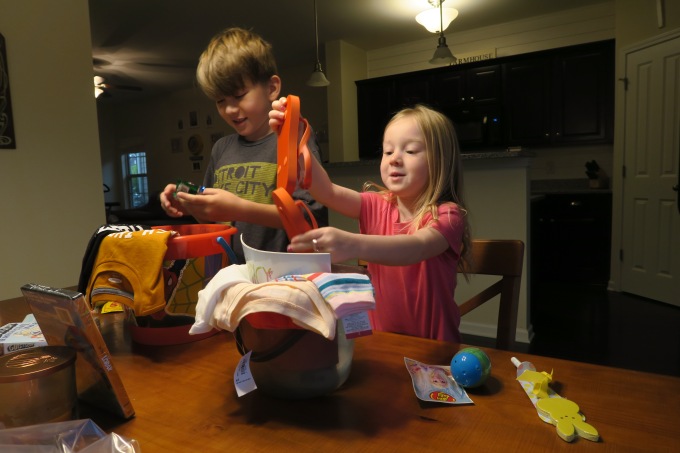 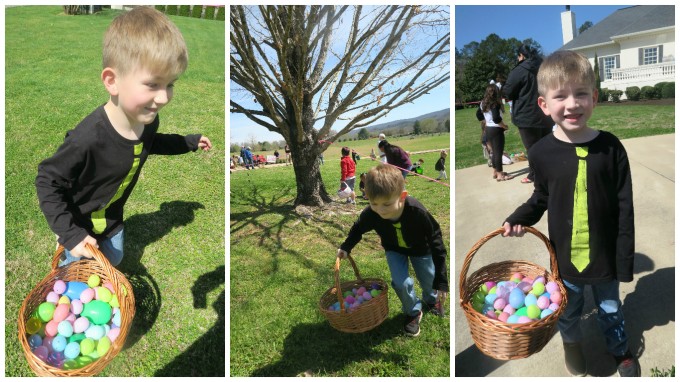 Fortunately, you didn’t receive too much candy during the Easter egg hunt this past weekend. (I’m pretty sure we’ve still got leftover Halloween candy up in our pantry, actually.) The surprises inside the eggs this year at the egg hunt included a lot of Cracker Jack types of toys.

Honestly, I really don’t know what else you got at the egg hunt, other than a classic disguise kit:

Round glasses attached to thick eyebrows and a big nose.

You ended up wearing the disguise for the rest of the time after the actual egg hunt was over. You even wore it in the picture of you with Nonna and Papa and your cousins.

I guess I could have stopped you. But I didn’t.

You were having fun, so I let you. 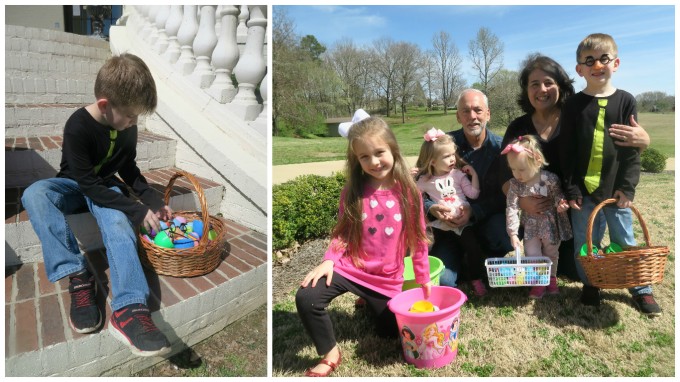 One of my favorite parts about you wearing the disguise is that you didn’t acknowledge you were wearing it. You just acted like your normal self during the festivities, almost as if to test the theory:

Will anyone notice I’m wearing this disguise if I don’t talk about it?

It was like you were secretly playing a prank on our family; if not, everyone at the egg hunt.

I think the ironic twist in your social experiment was that no one really said anything because they just assumed, “Oh, that’s just Jack being Jack.” 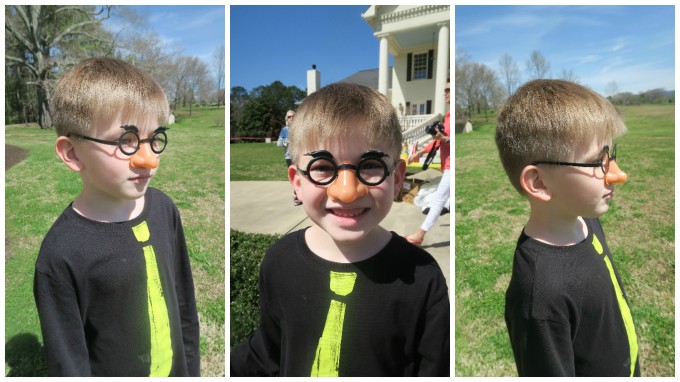 As for hunting eggs, sure; you still gave it your all. But as you’re now 7 years old, and as you’re finishing up 1st grade, I can see that you’re finding new ways to have fun; beyond just the obvious event.

And this totally reminds me of how I was as as boy, and really, how I still am.

So really, I guess it truly could be summed up as I said before: