I only recently realized that we are actually coming to the end of another decade. This decade itself has presented several major milestones for me:

2010: I became a parent for the first time when my son Jack was born.

2011: I turned 30 years old. Parents Magazine chose me as their official daddy blogger- a side gig that was last the next 4 years.

2012: I became the manager of the retention department at my employer at the time, which triggered my fascination with emotional intelligence- especially, the concept that being offended is always a person decision.

2013: My wife and I became debt-free, other than our mortgage.

2014: We started building our new house.

2015: We moved into our brand-new house; having previously owned a town home. I also started my first YouTube channel, which currently has over 8K subscribers and earns me an average of $500 per month.

2017: The company I had been working for the past 11 years closed down my branch, starting a 6 month stretch of me being a stay-at-home dad.

2018: I made by television debut on the Lifetime Network show, This Time Next Year. I also got a new job, at a Fortune 500 Company, where I have now worked a year and a half.

As for 2019, there are 5 particular events that come to mind…

1- Existential crisis: Having reached all my major life goals before the age 40, I came to a point where I had to re-evaluate my goals and ambitions.

3- 20th Year High School Reunion: My wife and I had a great time with the people I grew up with and graduated with in 1999.

4- Releasing Original Songs: So far, my wife and I have released 4 new original songs together on my YouTube channel. Despite both moving to Nashville to start music careers, we had never publicly performed together.

5- 1st Family Pet: Despite our “no pet” policy in our home, my son wanted a teddy bear hamster for his 9th birthday. Ultimately, the hamster quickly became my pet- or at best, the “family” pet.

Now, with the 2020s ahead of me, I shall enter the decade in which I turn 40 and became of the parent of two teenagers. That ought to be fun.

Today is my wife’s 38th birthday! I have been 38 since April, as we were born just a few months apart.

I realized as my wife was putting the candles on her birthday cake that the reason we so easily had a “3” and an “8” candle was because those are the ages our both our children; from their most recent birthdays.

But even more amazing and coincidental than that…

Here’s one more visual, just to help grasp the concept:

I just had to share that so everyone else could appreciate the phenomenon while it is still valid! 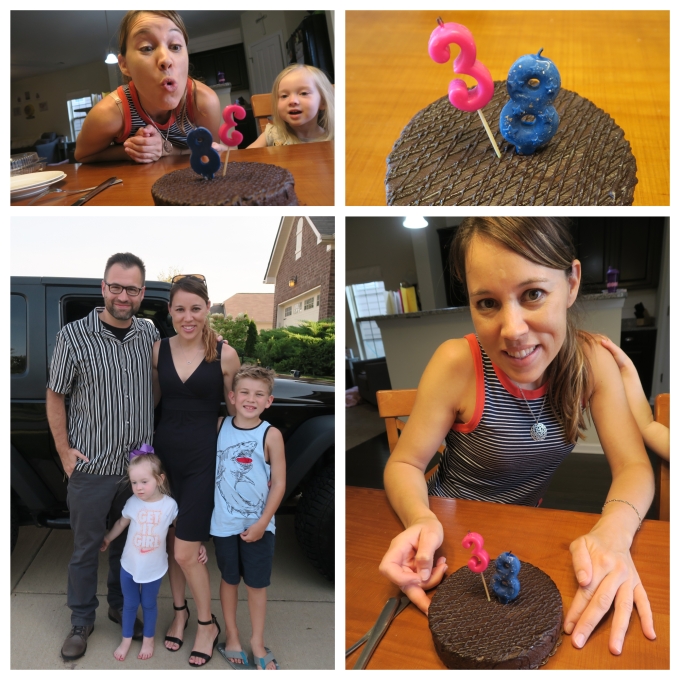 There are some people who just don’t care anything about going to their high school reunions.

They are the ones who will say, “I spent a dozen years with those people and I didn’t like them then, so what makes you think I would want to go hang out with them now? If I was really that curious what they are up to, I would just look them up on Facebook!”

Clearly, I am not one of those people. No, instead, just call me Mr. High School Class Reunion!

For me, going to my high school class reunions is like repeating the final scene of the final episode of Lost… every 5 years of my life.

What is really special about my own upcoming 20th High School Reunion this July is that we just happen to be the first official Millennial class to experience this. 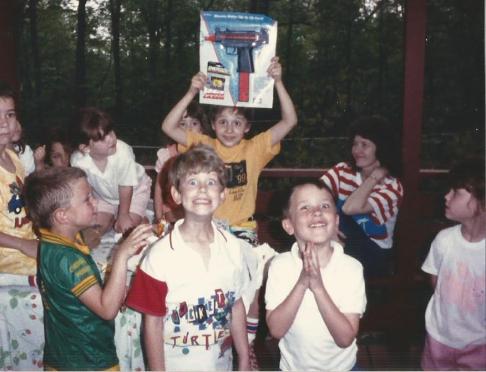 If the Millennial generation were siblings, then those of us who graduated high school in 1999 would be the firstborn children.

This is history in the making. 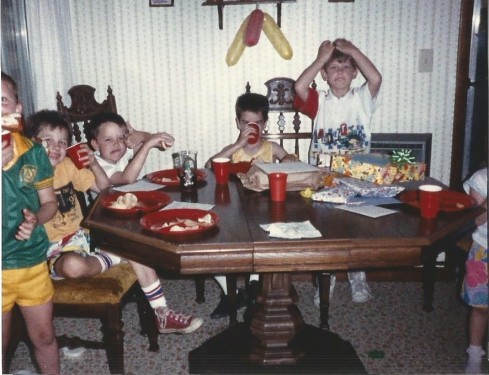 Back in 1988, when I turned 7, I had a very memorable birthday party. My dad had just cut down a tree in our backyard, so the main entertainment was being able to climb the fallen tree. And coincidentally, I just happened to be wearing a “Class of ’99” t-shirt on my birthday.

Fortunately, my mom did a great job of taking several pictures to capture the magic of that day.

Gary Schrader, Russell McElhaney, Will Stephens, Shane Burt (along with his sister and mom), Tabatha Thomas, Haley Rogers and her sister Ashley, and my own sister Dana were all there that day; whether they remember it now or not… and whether they have ever seen these pictures before either!

I am confident that my upcoming 20th High School Class Reunion will be a highlight of 2019.

It’s that big of a deal to me!