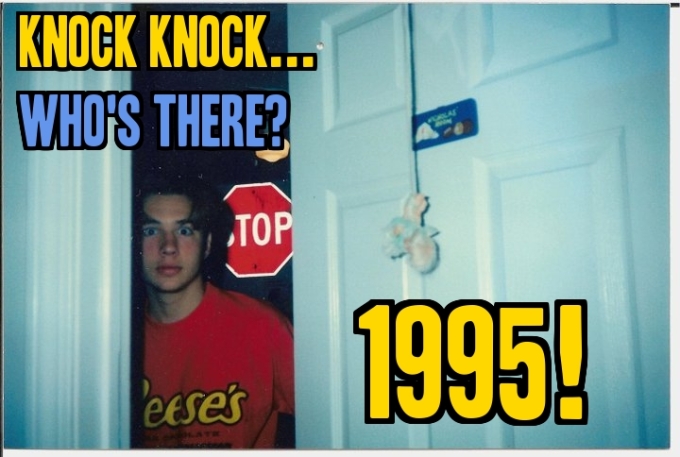 While I’m definitely in the minority (20% of Americans) in that I don’t believe in spanking my own child as an efficient form of discipline, I think it has become a collectively weird thought for us as American parents to consider that not that long ago, students were still being spanked (with paddles!) in the public school system.

I managed to make it all the way through 13 years of public school (that includes Kindergarten, obviously) with only getting one paddling.

It was a Friday at the end of gym class, during a “free play” day. A bunch of my friends were running towards the wall, then jumping as high as they could, to see how high they could press our feet on the wall.

The wall was built of concrete cinder blocks, so we could easily measure how high we jumped by the grout in between them, using the grout lines to measure the height of where our feet hit the wall.

Turns out, I jumped the highest that day. However, no one bothered to tell me that the gym coach had just warned the other guys that the next person he saw jumping on the wall would be paddled…

So the male gym coach took me to the locker room and paddled me 3 times with a wooden paddle, while the girls’ coach witnessed it.

I could sense she felt awkward being there; knowing I was “the good kid” who was playing the scapegoat that day.

When I emerged from the locker room, having just been hit by a wooden plank on my “bum”, all my friends were lined up waiting to give me a high five and cheer me on.

I suppose it was a perfect way to score some “cool points” just in time to prepare for high school.

The paddling was obviously not effective; especially since I wasn’t aware I was breaking the recently established rule until it was too late.

All it really did was make my friends think I was cool. It was like part of an initiation process, apparently.

Isn’t it bizarre to imagine that paddling (spanking) in the public schools was still going on in our lifetime?

These days, something like that could easily be perceived as harassment or abuse. Right? 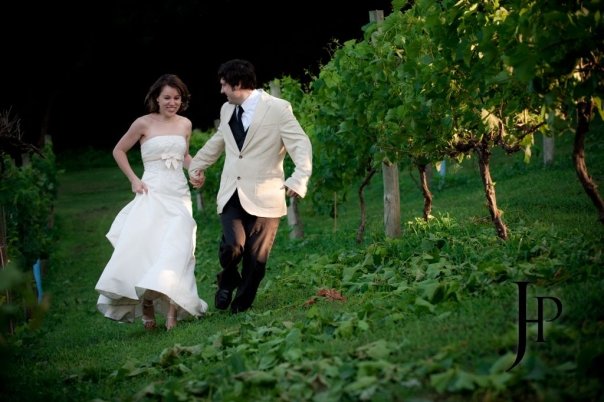 I am part of the old school that sees giving Ritalin or any other kind of prescription drug to a boy to cause him to “settle down” is an act that goes against nature. Throughout his youth, the instructions a boy hears the most involve the phrases “pay attention”, “behave yourself”, “calm down”, and “act your age”. And I wasn’t even one of those wild, rambunctious kids that annoyed the teacher because I distracted others yet still managed to get my work done.

When it came to getting into trouble in school, the reason girls would get into trouble seemed to always be for the same reason: talking. But for boys, it could be for just about anything. Making a mess. Breaking things. Being rude. And physically hurting others.

By the time Junior High came around, most boys began to outgrow their immaturity and the main trouble they found themselves in became losing their temper and getting in fights. I remember in 8th grade one of our breaks was taken away because of how many fights kept occurring in the halls and around the lockers. Though I was never in any of those fights, I was always happy to be a spectator.

My favorite fight happened one Tuesday morning in the boy’s bathroom my 8th grade year. About 20 of us had heard there was going to be a fight after 2nd period so we all showed up in that cold, crowded arena. There was barely breathing room for those of us there to watch, and barely moving room for the two 14-year old boys who volunteered to entertain us. The chanting began: “Fight! Fight! Fight!” The look of nervousness was obvious on both of their faces as the closest audience members began shoving them into each other.

It became clear to me that this was a well-marketed, yet uninspired fight. Then the two would-be fighters started talking:

As we began filing out of there, obviously disappointed, one smart Alec breaks the silence: “Anybody else got anything to fight about?” He shrugged like a cheesy car salesman watching a potential buyer walk away from the lot.

If only men could easily compose themselves like those two boys did, and unlike the rest of us there hoping to see them lose their composure.

Instead, we can easily become angry. Or hurtful. Or embarrass ourselves by saying something stupid like “When’s the baby due?” to a woman who had her baby three months ago.

And if not, if we can actually pay attention, behave ourselves, calm down, and act our age, we can easily end up becoming passive-aggressive. Because we know we are supposed to act civilized, being taught that expressing our frustrations is a bad thing, but yet we are still hard-wired to act and react the opposite.

“Society tells us we’re civilized, but the truth is we are animals. Sometimes we just have to let it out.”  -Sydney Fife from I Love You, Man 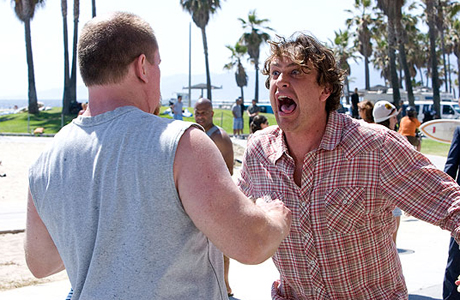 That may not be official yet. It’s just my educated prediction.

I am a black-and-white kind of person. Either it is or it isn’t. That’s why the idea of censorship on national TV intrigues me. Because the rules of the game aren’t always in black-and-white. After all, there are actually no official guidelines regarding which words can and can not be used on TV- instead each network sets its own limits in an effort not to lose sponsors.

In a faux pas that wins the prize for irony, last night on the season premiere of Saturday Night Live there was a skit about “biker chicks” that made fun of them for having potty mouths, as the actors used the word “frickin'” as a form of self-censorship. New girl and Jewish comedian Jenny Slate, very early on in the skit, slipped the real word by mistake, puffing up her cheeks immediately after, as a sign of recognition of her accidental crime. 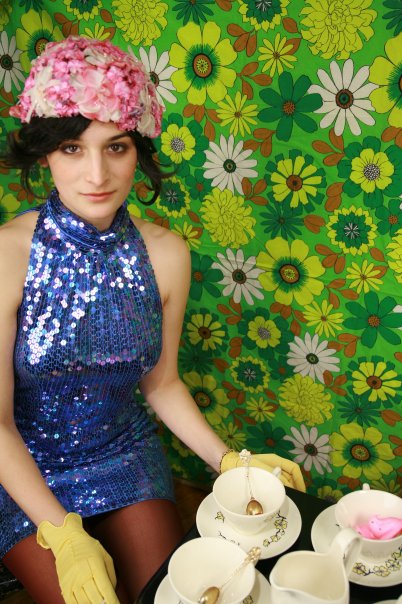 Instantly I was shocked by what I had just heard. Not offended, since the movies I choose to watch are loaded with “f-bombs”. Just very surprised, like a 2nd grader hearing the bully say a Bad Word, gasping that the Rule was just broken, wondering if anyone will “tell on” him to the teacher.

Knowing pretty well she said what I thought she said, this was confirmed right before the credits rolled at the end of the episode as fellow actor Seth Myers hugged her in a fashion that expressed, “Hey don’t worry about it- it was an accident. You’ll be fine.”

My favorite song my 8th grade year was “What’s the Frequency, Kenneth?” by REM. While a line of the chorus is “I never understood the frequency”, sang several times throughout the song, at the very end of the song for the final chorus the line changes to “I never understood, don’t f— with me.” I think I was the only person that caught it when in 1994 REM performed the song on Saturday Night Live. It went uncensored. The funny thing is, Comedy Central continues to air it as a rerun, still not editing it out.

Right now every article that has popped up on the Internet about this recent incident is going on to tell that in 1981 SNL actor Johnny Rocket was the first person to say the F-Word (unapologetically the moment he did it) on national television and that he was fired for it. And now the question is if  Jewish comedienne Jenny Slate will have the same fate. I have an answer.

Last season SNL did a hilarious skit called “Sofa King”. That pushed the envelope for F-Word censorship more than anything they’ve done in the past. The skit was a fake commercial for a furniture store called Sofa King, in which the characters used the name of their store to describe how great everything is there. It took most people, including the audience, a minute or two to realize why the skit was even funny.

And once it clicked, it was genius. The actors were saying “sofa king” as a huge logo with the phrase popped up on the screen, but it phonetically sounds exactly like something else. It was a clever way to get around the censors while still saying the F-word multiple times. They totally got away with it. And what they did was completely intentional. And it wasn’t an issue with the censors. http://www.youtube.com/watch?v=P_NqXSbh5Ns

So to fire the new girl for an obvious accident during late night hours would simply gain too much negative publicity for NBC. Being that they are the #4 network, if anything this will improve ratings for SNL and the network itself. More people will be tuning in to find out who this Jenny Slate girl is, hoping she will slip up again.

Obviously, as hundreds of people right now are Googling and YouTubing the incident, they are clearly not offended by what happened. If they were, like so many were with the Justin Timberlake/Janet Jackson Super Bowl Fiasco, then it would be a different story.

While most people don’t approve of the word or use it on a regular basis, everyone slips at certain times. I know I have. Even if no one was around to hear it. Or even if I wasn’t on a live show on national TV.

This will turn out to be a fortunate accident for her. An instant transformation from New Girl to Jenny Slate, a name we now all know and recognize.