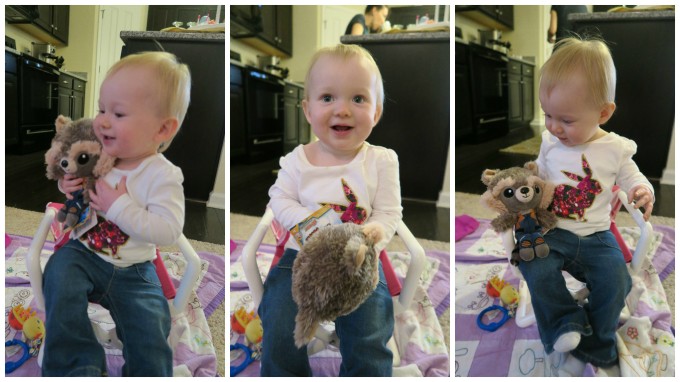 Last Saturday as our family was out running errands, since our plans to visit the Nashville Zoo for my daughter’s 1st birthday were cancelled due to the rain, we ended up at the classiest Wal-Mart I’ve ever been to in my life: It’s just the one in our neighborhood; we can basically see it from our house.

My wife and I were counselling our son as he tried to pick out the best birthday present for one of his classmate’s birthday parties coming up at Chuck E. Cheese’s. I was holding my daughter in sort of a rickshaw position as we followed my wife and son down the toy aisles.

As we journeyed through the classiest WalMart this side of the Mississippi, my daughter was over all not impressed by the toy selection that she was being exposed to, as it all was for “older kids”. Like Shopkins and action figures kind of stuff.

But then, she saw it…

A fury face on the shelf. She was mesmerized.

It was a Hero Plushy of the mutant raccoon named Rocket, from the cast of the upcoming movie, Guardians of the Galaxy, Volume 2. 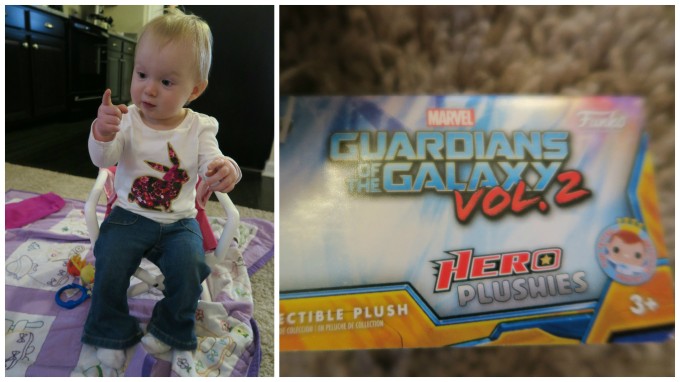 But it wasn’t just a normal stuffed animal. It had a tiny body and a big head, like a caricature.

My daughter’s tiny hand was the perfect size for the undersized body of the toy.

She could easily hold it like an ice cream cone.

By this point, my wife had already picked up on what was going on, as she had turned around to see the two of us petting an arguably ridiculous stuffed animal.

It was pretty obvious at this point that not only would my 1 year-old daughter not have to even attempt to ask for the toy, but that I myself wouldn’t even have to have a conversation with my wife about the fact we were about to spend $10 on a Marvel character plush toy.

My wife’s only attempt to thwart the inevitable was to reach out a grab a pink girly-looking pony stuffed animal that cost $6.

But our little girl definitely didn’t have the same glimmer in her eye as she did for the Guardians of the Galaxy raccoon that she was already turning back to.

As if I needed to give a seemingly legitimate excuse as to why we were about to make this impulse purchase, I suggested to my wife:

“We can let this be my gift to her for her birthday.”

I have to give my little girl what she wants. Especially when it’s a cool mutant raccoon from a Marvel movie. 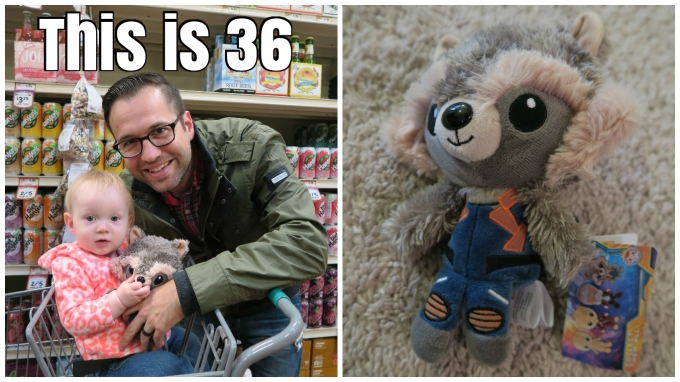 One thought on “This is 36: Without Saying a Word, My 1 Year-Old Daughter Convinced Me to Buy Her a Stuffed Animal from Guardians of the Galaxy, Volume 2”