Earlier this week I received a Facebook notification that someone had shared a photo of me. I immediately found this odd, since I’m typically not in photos with other people unless it’s with my wife or kids, and it was my camera being used.

Then I looked and saw it:
“A little throwback for your Monday blues…”

Jeffrey A. Smith had shared a photo he had taken of me back in August 2005, from over 11 years ago, for my “moving to Nashville” photo shoot. I was 24 years old at the time. (See left.)

I immediately responded to his comment: “I don’t remember this guy! After nearly 9 years of marriage and raising 2 kids, I am far from the confused guy wandering out of the woods, ha ha!”

There’s something naturally funny about seeing an old photo of yourself, especially when it’s shared in real time like this.

To me, what is so humorous is not the long hair, the backpacker style pullover I bought while I was living in Thailand, or the really baggy jeans.

It’s not even the (angry?) look on my face which possibly seems to indicate I’m preparing to fight for my life in a Hunger Games scenario.

I have been completely rewired since the day this picture was taken.

Sure, I do have vague memories of that guy in the picture. But that’s not me. I think of him as a guy I used to know back in the 2000s.

I don’t know, maybe I was more of a fun guy back then:

No real responsibilities. No real job. No family to support. Just dreams to pursue.

And now, nearly a dozen years later, I simply can’t relate to that guy in these pictures from that day in August 2005.

I am so grateful for how far I have evolved from that guy, actually. But if it weren’t for that guy, I could have never become who I am today. He had what it took to get me to where I needed to be.

It’s strange to think that people who haven’t been around me since high school, or college, or from when I first moved to Nashville, they knew that guy… not this guy.

I don’t know for sure if that’s a good thing or a bad thing.

But I have to assume that most of us have a similar story. I have a feeling most people can understand how an old photo brings back memories of a former version of ourselves that immediately causes us to laugh- and to be grateful that we have been blessed with enough years to move beyond who we used to be, so that we could become who we are today. 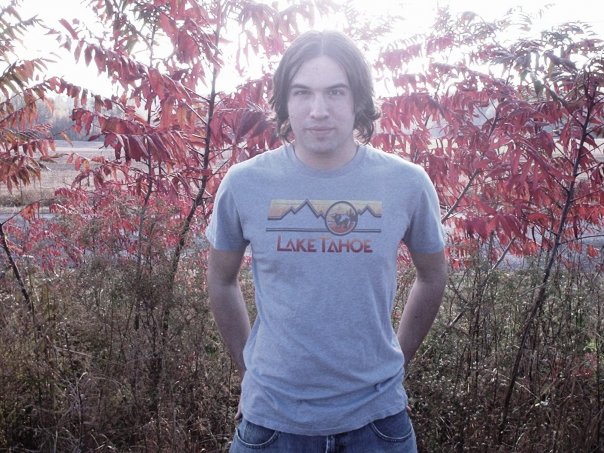