It has become an undeniable tradition that in our home, after dinner, you and your sister decide to play what I refer to as Supermarket Sweep.

This is when you grab your sister’s baby doll stroller, and she takes her toy shopping cart (filled with toy groceries), and the two of you compete in a series of races; back and forth literally from one side of the house to the other.

So, it appears to have been a tie every single time! 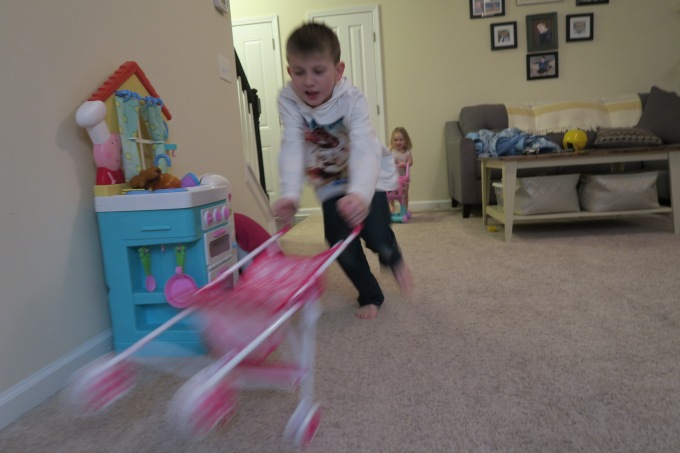 Undeniably, my mom’s MyHeritage DNA test results were all over the place: Literally, all over the globe. It took a lot of ancestors from a lot of different places to get my mom here… and me, as well.

So now that we know my mom’s ethnicity mix (as well as half of mine), let’s take a moment to assess the situation by asking this question:

Can you see the following ethnic backgrounds in my mom and me? These are my mom’s MyHeritage DNA test results:

It could be easy to say, “Well, you’re barely African.”

True, I am only 1% African and my mom is 2%. But without that one African ancestor, somewhere in our family history, even if it were nearly 200 years ago that they became part of it, my mom and I would cease to exist.

Granted, I’m not claiming to be an African-American. But at the same time, I can imagine how my 1% and my mom’s 2% would have been a whole different issue back when “The One Drop Rule” was still in effect in America. After all, I have “one drop” of African blood in me.

I am proud of every bit of my DNA.

It’s especially interesting that my mom and I are nearly equal parts Jewish and Middle Eastern.

From the best my mom and I can figure, this is how it happened:

Her Italian grandfather, Giuseppe Metallo, who moved to America from southern Italy, was barely Italian; which explains how he had an Italian name and only spoke Italian, yet why my mom only showed up as 4.5% Italian. Instead, I theorize he was actually mostly Middle Eastern; with a little bit of Italian and Baltic thrown in there.

He married Maria Vite, who was a Sephardic Jew whose family had moved to America from Italy, as well. (Vite is derived from Vitalli; a Sephardic Jewish last name.)

So in theory, my mom had two “Italian” grandparents, one of whom was mainly Middle Eastern and one was mainly Jewish.

Some people could care less about their ethnicity, but I am not one of those people.

Instead, I think it’s one of the coolest things in the world.

And if you’re interested in taking a DNA test like I did, here’s the link to MyHeritage. 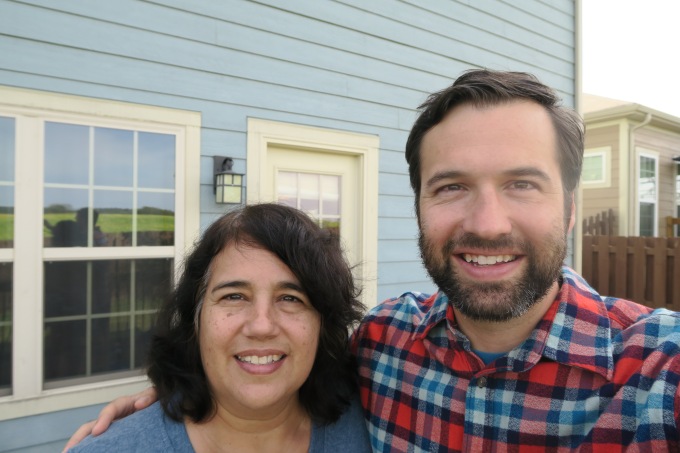 This weekend I was supposed to take you to go watch the new Power Rangers movie, but you were satisfied with watching Trolls from Redbox. So instead, our family made the most of the wonderful spring weather in our cul-de-sac.

It all started when Mommy decided to push you and your sister in the double stroller, while I skateboarded alongside you all. But that didn’t last long…

Because you soon realized you didn’t want me to be able to move faster than you. There’s too much competition running through your veins to be okay with me going faster than you, in any capacity.

This quickly evolved into a series of official races.

You sprinting versus me pushing your sister in the stroller while I skateboarded.

There were some close ones, but you beat us every time. You are truly a fast runner.

And I was legitimately trying to win! I’m not the kind of dad who lets his son win. I suppose that only adds to your competitive spirit. You have to earn a win with me.

Then Mommy wanted to see if she could run faster than you. She’s fast, but not fast enough for you. So it stands, you are the official champion of the “skateboard and stroller vs. sprinters” race in our cul-de-sac.

For anyone happening to drive through our neighborhood this weekend, just casually looking for houses on the market, I’m sure they were in for a surprise when they saw a family conducting a series of wacky races! It had to be such a strange, yet fun-looking event.

But hey, it’s our cul-de-sac. Our neighbors are used to our antics by now.

Though we’re often on the go, when we are home, we’re bound to be doing something that’s not quite so normal.

By the way, let our “skateboard and stroller vs. sprinters” race serves as proof that you undeniably having really cool parents!

While we spent this past weekend at Nonna and Papa’s in Fort Payne, Alabama, I made a comment about how your baby sister Holly is so pink. Just by being out under the overcast, cloudy sky for a few hours on Saturday, she managed to get a bit sunburned; which made her an even darker shade of pink than she naturally is.

After you heard me say a few times that your sister is the color pink, you thought back to the bedtime song I taught you, “Red and yellow, black and white, they are precious is His sight; Jesus loves the little children of the world.”

Wanting to learn more about how people can be different colors, you asked me, “Daddy, who is white?”

Your next question was directed to Papa, as you noticed his skin is even tanner than mine; and definitely darker than yours or your sister’s:

“Papa, are you black?” you asked in complete sincerity and innocent curiosity.

The fact you are nearly 6 years-old and still don’t know the generic colors that society identifies as is because I haven’t made a point to explain it to you. I haven’t seen a reason to.

On your own, you have recognized that certain people have darker skin than you, but it’s never been exclusive to someone who is of any certain race.

For example, one of your teachers is from Pakistan; you know that she has very dark skin, but you don’t know what her race is; nor do you care.

From what I can tell, a person’s hair color or eye color is just as much (or little) as a defining trait as their skin.

Since he was 7 months old, my son Jack has been in daycare/preschool. He’s currently finishing out Pre-K this year; starting Kindergarten in the fall.

This entire time, he has been around kids of all other races. This is Nashville; quite the ethnic melting pot.

No one has ever brought to his attention that people have “different colors” of skin from one another. He has yet to notice this on his own; that we are all ultimately different shades of brown.

He is aware that people have different hair colors and eye colors, but not skin colors.

I assume that at some point, perhaps within the next few years, he’ll learn from other kids at his school that people can be identified by their race.

Imagine: to be a kid who has no concept of race; or more importantly, prejudice or racism.

Without someone teaching them, I suppose kids don’t know these things?

Since I took my son to see the new Star Wars movie a week ago, he has kept bringing up Finn; one of the main characters and heroes:

“Daddy, look. This new Lego spaceship I made is like the one Finn flies on Star Wars!”

My son is completely unaware that Finn is of a different race. All my son knows is, Finn is a cool guy.

He’s just as clueless of any concept of race in regards to any of the wonderful people in our lives who happen to be of other races.

And my plan is to keep it that way, until the day comes when the topic is actually related to honoring and celebrating that person’s culture.

I believe in the importance of honoring and celebrating a person’s culture. But until then, I just don’t see a point in bringing up the topic of race to my son.

After all, he’s managed just fine without knowing for these first 5 years of his life. I don’t see how he’s at a disadvantage not knowing.