This past Saturday you and Papa and I had a genuinely great time at my Cousin Jessica’s wedding. It was a once in a lifetime experience you will never forget- I’m sure of it. 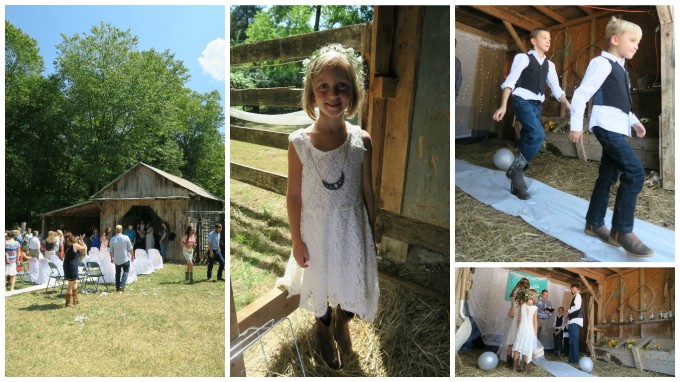 Back a couple of months ago when our family was driving back from Atlanta on our first family of road trip as a family of 4, we took a minor detour to go visit my grandparents on Papa’s side. We didn’t know it at the time, but that would be the last time we saw PawPaw Shell on this Earth. 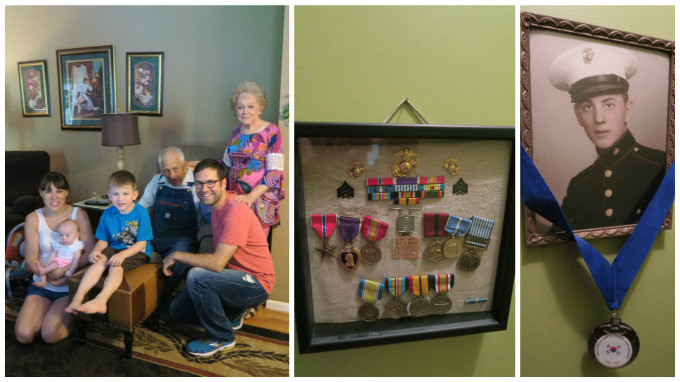 Just a few weeks later, he passed away. You and I attended his funeral as part of our father and son road trip; while Mommy and baby Holly were visiting family in California.

To honor his life, my cousin Jessica had her wedding at PawPaw Shell’s farm in Sale Creek, Tennessee. 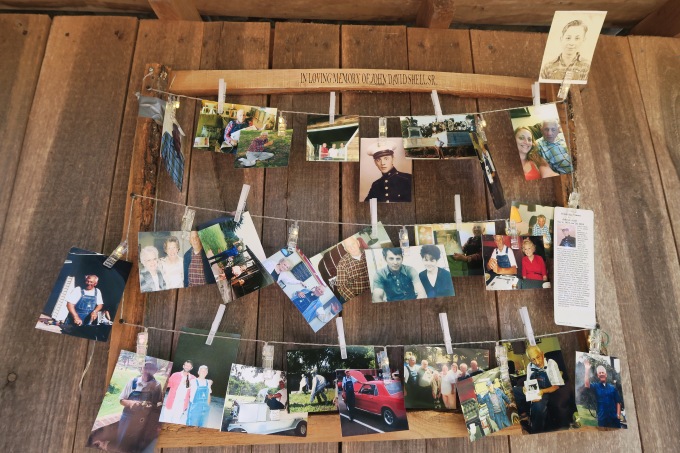 I had never once in my life seen PawPaw wearing anything other than a flannel shirt and a pair of overalls. Never pants, never jeans, never shorts- just overalls. He was even buried in his overalls.

Undeniably, PawPaw Shell was one of the most Southern men I ever knew.

Therefore, for my Cousin Jessica to have a wedding that also honored our grandfather… it had to be unapologetically country. So it was. 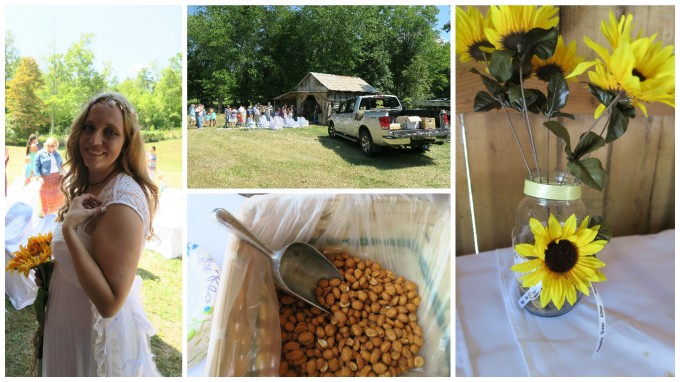 For the music, Jessica’s step-dad pulled up his truck to the barn and rolled down the windows, so everyone could hear the music.

After the wedding, everyone lined up for the meal, which consisted of potluck. As for Papa and me, we brought the vegan pasta salad that Nonna made. There was also some vegan chili there as well. 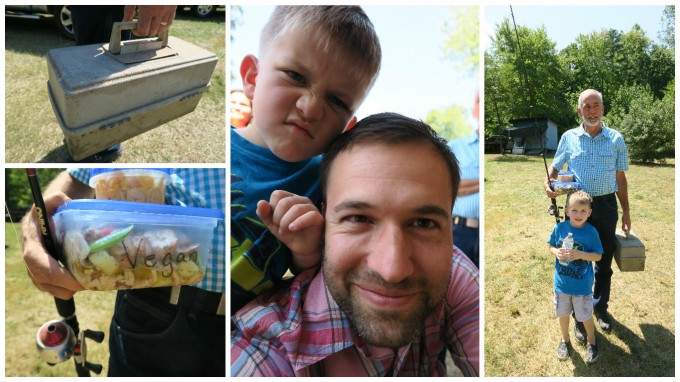 I found a cinder block for you to sit on to eat the mac-and-cheese Nonna packed for you. Had we realized though, mac-and-cheese was actually already a menu item on the barn buffet. 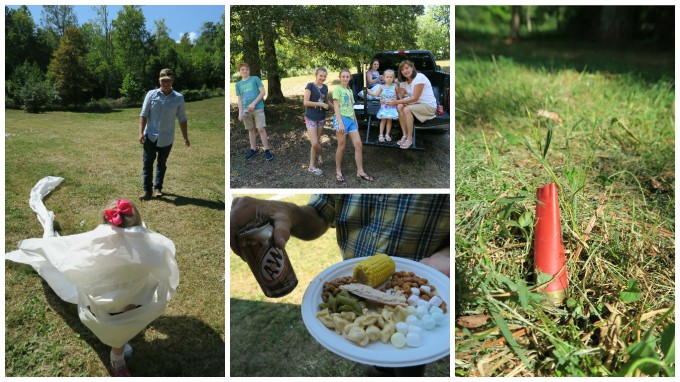 A popular place to sit during the meal was in the bed of one of the many pick-up trucks there.

You enjoyed your wedding favor, which was a children’s duck call.

After the meal, we walked down to the pond to go fishing. You had never actually been “real fishing” before, so this was a really big deal for you. 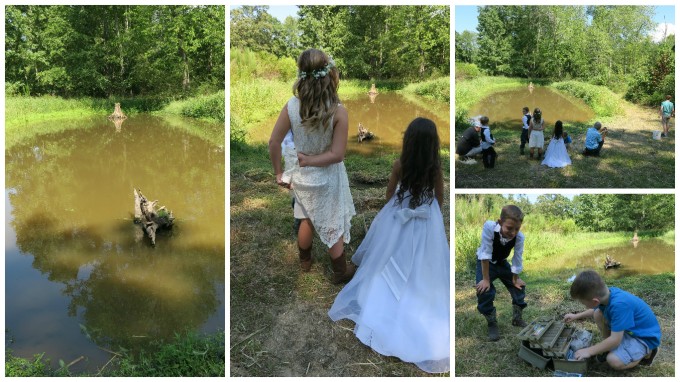 No one brought bait, so it was a matter of digging for worms and catching grasshoppers… 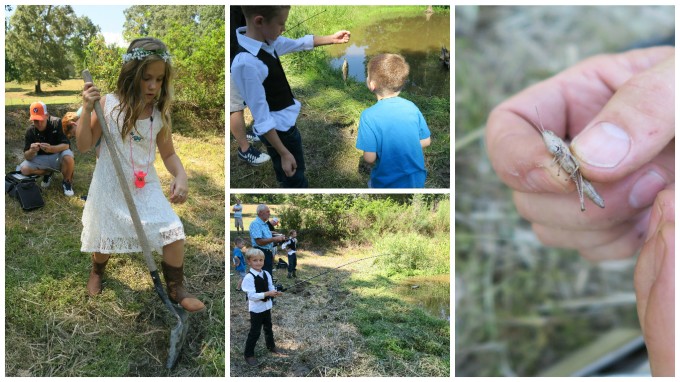 My Cousin Jessica’s son Breyan was able to catch 3 fish right in a row! That was especially amazing, since he explained to me it was his first time fishing. 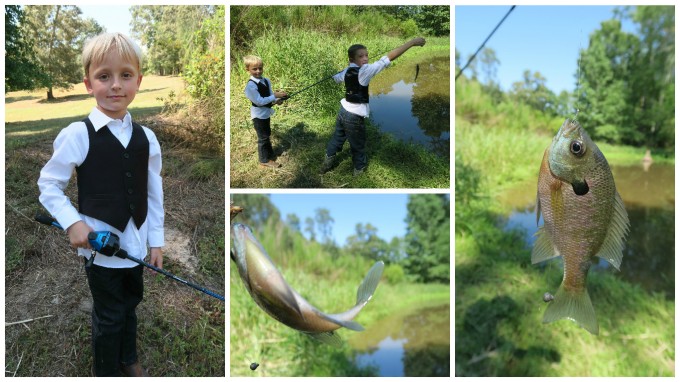 Unfortunately, you didn’t have such luck. You didn’t catch your first fish, but we will surely try again. 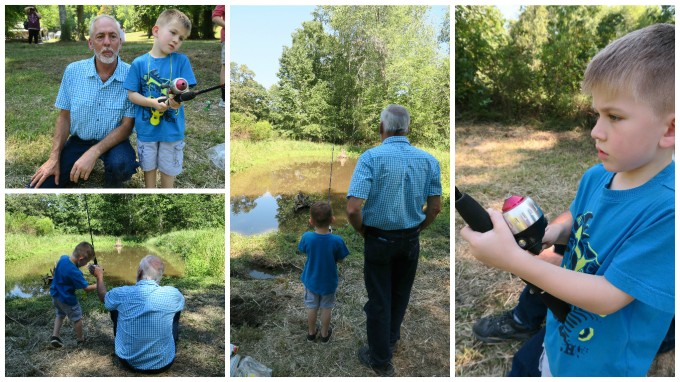 As we made our way back to the barn to get you a piece of wedding cake, we saw my Cousin Angie’s son with a ball python around his snake.

He explained it was his pet that he’s had for a year and a half. I decided to hold the snake, as I don’t necessarily remember holding one before at any point in my life.

You decided to pass on the opportunity, which surprised me, since we go to the Repticon reptile show every year.

After we left the wedding, Papa drove us by the famous Spaceship House on Signal Mountain. PawPaw Shell helped build it, back in 1973. 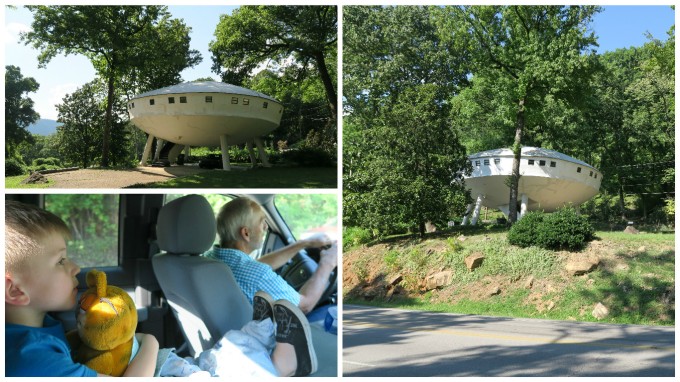 Though it all may seem like a dream to you now, I promise, it was all real. That all really happened! From the fishing to the snake to the UFO house!