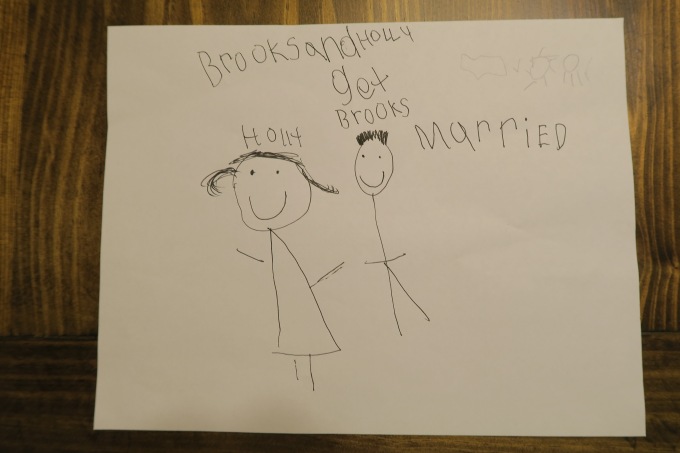 Seven months ago, when you were finishing up preschool, is when I became well aware of your boyfriend (?) Brooks from your class. 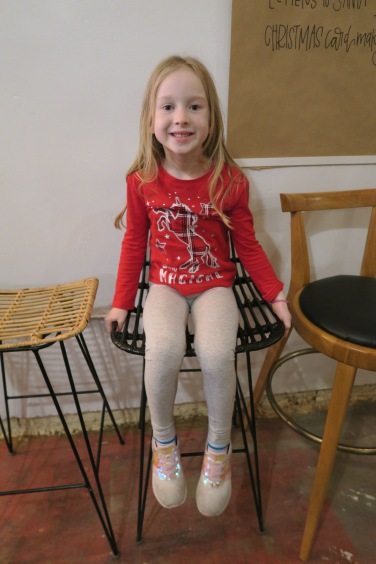 He even said right in front of me one time, “Holly, remember… I’m going to marry you one day!”

Well even though you’re halfway through Kindergarten now (a different one than him), you still haven’t forgotten what he said- despite not seeing him since August.

In the mornings before school, you often like to draw pictures. This week, you drew one that made it to the fridge; as it proclaims, “Brooks and Holly Get Married.”

This is going to be hilarious if you and Brooks ever cross paths again. I don’t even know his last name!