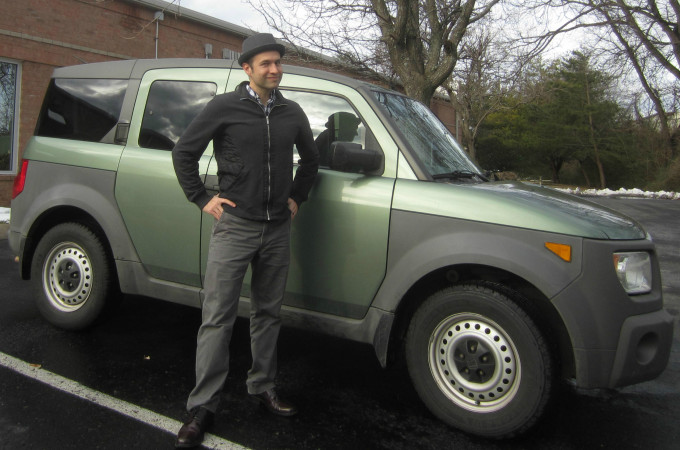 I noticed that back a few years ago, when I lived on the edge of Nashville, where income levels were lower than where I live now in my commuter town, that it was the norm to see so many fellow commuters driving luxury cars, on every side of me… which were obviously leased. Compare that to where I live now- people make more money, but drive older cars; not many Mercedes’ to be seen.

Owning a brand-new car is not worth celebrating, unless the person paid cash for it. Otherwise, the person is paying more money for something they couldn’t afford in the first place.

Imagine the irony: A person doesn’t have enough money to buy the product, so they agree to pay even more of the money they don’t have in the first place- in interest.

The Eighties and Nineties are long gone. No longer can we pretend we are doing financially well because of the false status symbols bought with credit. That mentality ended with the Financial Crisis of 2008; which happened to be the year I got married.

I believe our culture is now realizing that the new status symbol is being able to afford more, but choosing to save and invest that money instead.

We are living in the aftermath of the Financial Crisis of 2008. My generation is becoming the new version of those who lived through the Great Depression.

Being frugal and in full control of your finances is the ideal; not necessarily making a lot of money, only to continue to struggle to pay the bills and live in debt. Now it’s all about low overhead and living well within your means.

This month makes exactly 13 lucky years that I’ve owned my 2004 Honda Element, with 170,000 miles and a salvaged title; making it worth only about $500. Two years ago, it came within about $25 shy of being totaled, when an albino dear ran into my driver’s side door and wheel. (True story!)

But the way I see it, that car is worth a whole lot more than what I could sell it for.

It’s funny how typically, when a person “buys” a new car, the typical reaction is to be happy for them: “Oh wow! I like your new car! I wish I had something nice and shiny like that!”

When I overhear a conversation like that, I always privately think, “But yeah, now they have to be making monthly payments for the next few years, coupled with the insurance payments that accompany a new car…”

And it’s even worse if the car is leased, because there’s no chance of making any profit when the lease is done; in fact, you may end up having to pay more money if you drove too many miles or caused damage to the car.

So yeah, I am proud to drive my 2004 Honda Element. It’s a bit rusty and my kids complain about having to ride in it because, “It’s so old!”

But hey, it runs and it’s been paid off well over a decade.