I secretly want to be a stand up comic.  Seriously.

For the past month and a half, my full time job has been looking for a full time job.  Thanks to instant streaming via Netflix (via Wii), I’ve been subconsciously overloading myself with stand up comedy.  In the past week alone, I’ve made it through the first 40 of 240 episodes available for the ongoing series Comedy Central Presents.  And last week, my wife and I spent Friday night seeing a couple of stand up comics who oddly decided to make Fort Payne, AL part of their tour at a restaurant called The Smokin’ Moose.  By now, I’ve got myself convinced that my alter-ego should be a stand up comic.  I believe I could pull it off.

Like a stand up comic, I am constantly noting awkward and weird social situations, I love communicating and relating with people, and most importantly, I am just enough narcissistic to draw in an audience when I want to.  So recently I began writing my stand up comedy routine, in my head.  But because of my narcissistic ways, I am sharing what I’ve come up with so far.  Since delivery is a very important of actually being funny, note that for the duration of this post, when you see a set of ellipses points (like this…), that symbolizes the short and necessary pause for the audience to have a chance to laugh. 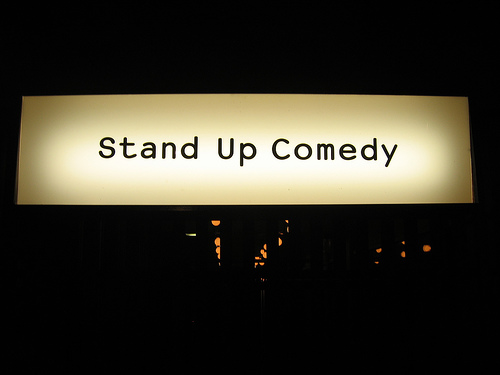 Announcer: Ladies and gentleman, will you please give a warm welcome to Nick Shell!

“Alright, thanks everybody.  So, predictably, I watch a lot of stand up, and something I always think is funny is when the comedian walks out on the stage and the first thing he says is, ‘How are ya’ll doin’ tonight, everybody?!’ Because as an audience member of any congregation, whether it’s a Dave Matthews Band concert, an Easter sunrise church service… a community college graduation… or especially watching stand up comedy, my answer to that question is always, ‘Well, I don’t know yet.  I just got here.  But I’m not all happy and excited because you’re implying that I should be…”

It’s like when an adult says to a kid, ‘Are you enjoying your first week of 2nd grade?’, as the adult shakes their head ‘yes’, pressuring the child to only answer in agreement…

So, Mr. Comedian/Leader Singer of a Rock Band/Key Note Speaker at a Sales Conference in Cleveland, Ohio… I will only have a good time if I decide I want to, thank you very much…  But again, more importantly, I don’t know yet if I’m having a good time, typically when I’m asked that question.  You know, shouldn’t that be a question you’re asked near the end of event?…  Or everyone in the audience could fill out a secret ballot on a scale of 1 to 10 how good of a time they had… And they’re all emailed the results the next day… [spoken in a nerdy voice] ‘73% of the people had a good time, based on the fact they marked a 7 or higher…’

Or maybe, I’m misunderstanding the question all together.  Maybe whether or not I am in that moment having a good time is based on the events leading up to showing up to the event.  Like, before I got there, I went to Applebees and I ordered the Zesty Western Burger, without bacon because I only eat kosher, and the waiter forgot, and brought the burger to me with bacon… But because to me the combination of complaining and eating doesn’t make for an appetizing meal, I just quietly scrape the bacon off the burger with my knife which I never use.  And even though the burger is really good, I still have slightly bothered by the fact that the ‘essence of bacon’ is implemented onto the beef patty… 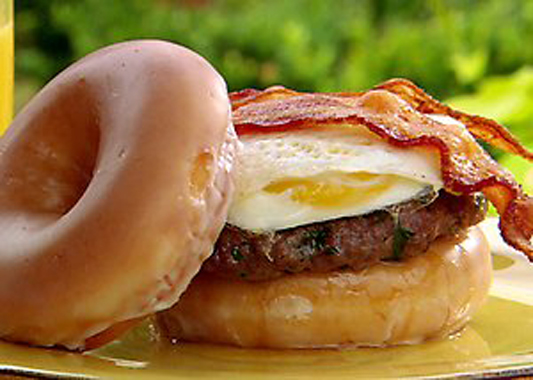 And then I got to the event, I had to pay 5 bucks to parking, which isn’t a lot of money, but it’s how much I could have payed for an overpriced beer there but I still buy an overpriced beer anyway- even though it’s a struggle to spend that much money on one bottle of beer when I only paid 7 dollars for a six-pack of Blue Moon which is sitting in my fridge right now…

I love the stock questions they ask you.  I bet you 20 minutes before you show up, they’re like, ‘Ah, crap!  I have to interview that guy today!” And then they hurry up and Google ‘what to ask a person in a job interview’.  So they ask these seemingly intimidating questions that they themselves don’t know even what the ideal answer is supposed to be…

I should be like, “Uh… alive, working here, answering questions I can’t answer about my future… pretending to having slightly impressive psychic abilities… though I didn’t realize that was part of the job description…”

And this question, “What would you say your strengths are?

‘Well… Let me tell you… I am awesome!  I bench press 350 pounds…  I cut out the floorboard of my car and just rock it Fred Flintstone style… Whenever I see a phonebook I’m always tempted to rip it in half… Which I can totally do right now if you want me to, especially if it will get me this job…’

A little bit about me- I’m not into a sports, probably because the only sport I’m good at is Corn Hole; and that just sounds horrible.  Oh yeah, and I can solve the Rubik’s Cube in less than 5 minutes every time.  So at best, I consider myself a sports agnostic. My college degree is in English, only because at 20 years old I didn’t know what I wanted to do with my life, but I knew I was really good at BS-ing… so, clearly, a degree in English was the way to go.

So in review, I’m not good at sports, I don’t eat pork or shellfish, I look like a cross between Paul Rudd, David Schwimmer who played Ross on Friends, and brothers Ben Savage who played Corey Matthews on Boy Meets World and Fred Savage who played Kevin Arnold on The Wonder Years , plus I’m an entertainer… Ladies and gentleman, by default, that makes me… a Jew…

That’s right- a Jew from Alabama… You don’t see those every day, do ya?

No, honestly, it’s not all that much of a stretch.  Everyone’s got that one person in their family who is the official Family Tree Climber… You know, the only person who goes through the trouble to research the family’s ancestors and heritage. Really, they could tell the family anything and the family would kind of have to believe it.  So I’m that guy, the Family Tree Climber.  And thanks to an Ullman, a Wiseman, and a Green, I’ve done the math, and at best, I’m 1/8 Jewish.  That doesn’t really count though, does it?…

That’s like a white dude saying, ‘Yeah, I’m Asian. My great-grandfather was half-Cherokee Indian, and since the Native American Indians actually migrated from across the Bering Straight from Mongolia originally, and Mongolians are Asians, that makes me part Asian.  So it’s no coincidence now that I drive a Toyota Camry and love a good sushi roll and dated a half-Korean girl in college, because hey man, it’s all just my true heritage coming out, you know?…’

For what it’s worth, my mom is half Mexican and Italian- that’s the real reason I look so Jewish.  So my grandma is completely Mexican, but like, ‘Mexican’ before it was a racial slur.  You know what I mean?…  She doesn’t speak any Spanish and she was born in Buffalo, New York, so if anything she has a Yankee accent, but not a Mexican one…  What’s really funny though is until last year, she lived in a trailer park.

Back in the ’80’s, she was surrounded by rednecks: Camaro’s with t-tops all around, Lynyrd Skynyrd playing loudly, empty cans of Bud Light scattered along the gravel parking lot.  But by the late ’90’s, the ‘New Mexicans’ started replacing them.  I remember my grandma telling my sister and me, “I almost called the cops last week, those Mexicans killed another goat right outside my window again, then cooked it over a fire for dinner…”  I was tempted to say to her, “Uh, Grandma, you’re 100% Mexican.  You’re technically one of them.  If your parents hadn’t moved from Mexico to New York in the 1930’s, I would have grown up eating your goat meat quesadillas with fried pig ears on the side.”  But I didn’t. That’s my Mexican grandma.

Alright everyone, I got to get out of here- my time’s up.  Actually, I’m not leaving. I’m just exiting the stage.  Yeah, it’s kind of awkward, because the table where I’m sitting is right next to the bathroom… So guys that I have to pee really bad right now, I guess I’ll be seeing you in minutes when you walk towards me then immediately dart for the bathroom door pretending not to see me.

This had been fun, yeah?  See you next time.” 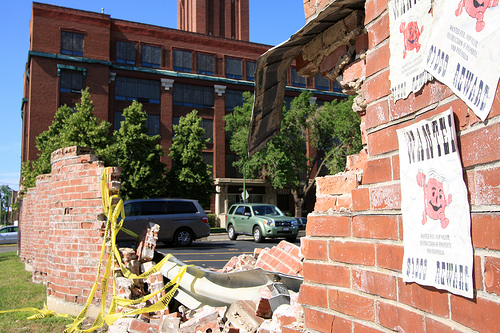