While I’m happy that my wife and son slept in the glorious Fairfield Inn & Suites in West Knoxville, it’s true my daughter and I were out in the parking lot, in the shelter of the 2017 Toyota Sienna.

We were halfway to our destination of our Boone, North Carolina for our fall “Road Trip to the Boonies”. Instead of driving the whole 6 hours in one shot, after a full day’s work for us parents and school for our kids, my wife had booked a room for us at a hotel for us to stay so we could finish the other half of the drive the next morning.

But when we arrived at the hotel late last Thursday night, our daughter Holly outright refused to fall asleep. The nice man at the front desk of the hotel even brought us a crib for her to sleep in. But no way, she hasn’t having it.

This is just the stage she is in right now. She doesn’t sleep well in a bed that is not our own.

After 2 and a half hours of my wife and me taking turns trying to get her asleep, I finally went into classic dad mode.

I fumbled in the dark for my boat shoes, my wrinkled plaid shirt, and the keys to the Sienna. I then told my wife, “That’s it. She’s going with me. We’re sleeping in the van tonight.”

It was something like 2:20 AM at this point and we all had to wake up the next morning to finish the rest of our drive. I placed Holly in her car seat, turned Sirius XM to Jimmy Buffett’s Margaritaville, and drove a mile down the road.

So I drove the mile back to the parking lot of the Fairfield Inn & Suites. I have to say… Being a man who is 5’ 9” and a 160-something pounds definitely has its advantages. 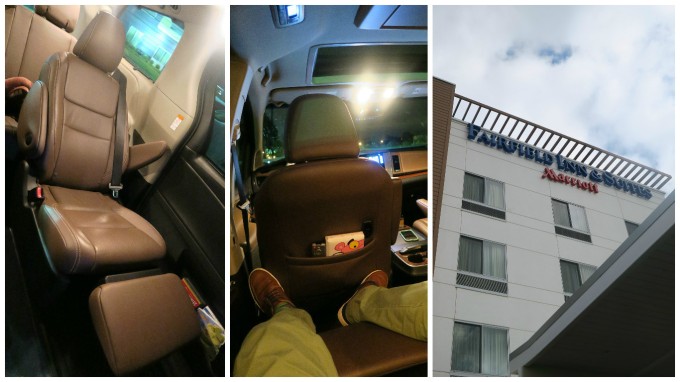 I was able to lay down sideways on the floorboard of the Sienna, wedged in between the two captain’s chairs, with my head towards near the bottom of the 3rd row seat and my feel towards the driver’s seat.

I woke up 2 hours later.

Holly was awake again. So this time, I simply drove around the hotel parking lot a few times. That’s all it took.

This time to get to sleep, I decided to lean back in the recliner seat on the 2nd row captain’s chair next to my daughter. While this did buy me 3 more hours of sleep for not only myself but also Holly, my head kept falling back and forth so I never really got deep sleep. No REM.

I was just glad she was able to fall asleep. Sure, it would have been nice to be inside the hotel, because I was impressed how comforting the place was and how accommodating the staff was.

My son was really excited about the Fairfield frisbee that one of the workers gave him. It’s such a nice place to stay. I totally recommend the Fairfield Inn & Suites in West Knoxville to anyone.

Maybe next time we stay there, my daughter will have outgrown this stage and will fall asleep in the comfortable bed.

Had I thought of it, I should have just folded down the 3rd row seats, with a touch of a button. I could have even borrowed my pillow and blankets from the hotel. It would have been really nice there in the very back of the Sienna.

It’s just that when you’re running on so little sleep, and trying to keep a 16 month-old asleep at the same time, you tend not to think that much into it.

All that matters though, is this: Little Holly slept through the rest of the night. 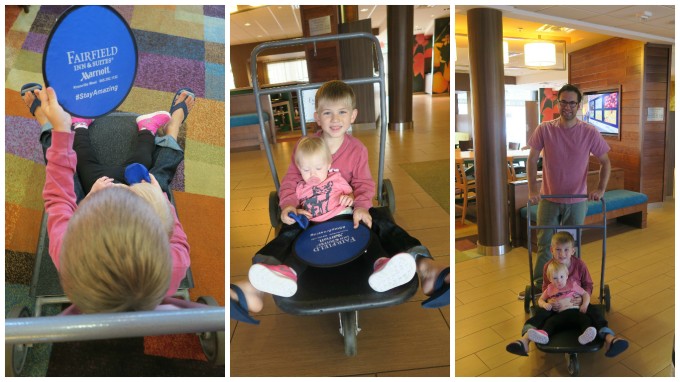 Sure, the Sienna is quite the swagger wagon. And I’m sure I’ll be talking more about that in future blog posts.

But most importantly, in my case, the Sienna also served as the slumber wagon.

Sleeping baby is priority number one. 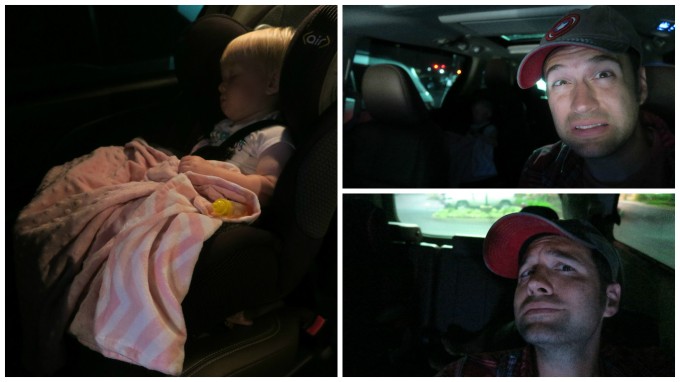