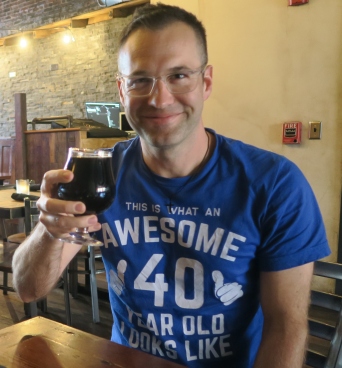 Having turned 40 this week, I came to the realization I have now learned certain life hacks that… no one ever tells you about!

So for anyone out there still reading blogs in the year 2021, I am going to share with you 5 important life lessons it took me 40 years to learn; most of which relate to the underrated commodity of emotional intelligence.

Don’t Just Be Yourself:

To “always just be yourself” is implying that there is not constant need and constant room for change in your own life and in your perceptions of reality. In order to mature, you must always remain open to, and even crave, constructive criticism.

So to just be yourself insinuates that you not are empathetic enough to at least temporarily evolve into a version of yourself in order to relate- and therefore to be valued by that person.

Don’t just be yourself. That’s not enough. Instead, be a better and more flexible version of yourself.

Stop Believing That You Are a Good Person:

It’s interesting how many people instinctively see themselves as “good”; which in their minds grants them access to good things happening to them, and not deserving bad things. They compare themselves to people who have different moral struggles than they do; using cliches like, “I’m not perfect, but at least I’m not an ax murderer.”

Am I a good person? No. Am I a bad person? No. I am a person- and that means both good things and bad things are going to happen at some point. I accept this.

No One Cares About Your Opinion:

What you believe caries no actual weight on the rest of the world. It doesn’t. All that matters is what you actually do.

Yet still, watch how many people express their beliefs on social media as if they were actually changing someone’s mind. Instead, they are only reinforcing what others already believe through a process called Identity Protective Cognition.

Notice how “news” headlines are designed to trigger your tribalism; to get you to take a judgmental side and even get angry and emotional about the other side being “wrong.” This is simply their tactic to sell ads; whether the topic is politics, sports, or entertainment.

You Have Complete Control Over Your Own Emotions, Time, Energy, Money, and Nutrition:

Whereas it seems the default that people think their opinions matter and that they control what other people believe, for some reason they ironically assume they are powerless victims when it comes to the things they alone control 100 percent.

Likewise, you get to decide how you manage the small or large amount of income you have access to; as well as the density of nutrients in the calories you consume everyday.

For many people, “victim mentality” is the default instead of taking control and therefore changing their daily personal choices that currently lead them to a lesser quality of life.

People Always Find a Way to Do the Thing They Really Want to Do:

Everyone has their own personal motivations. Some people actually find comfort in their self-destructive routine. This is often due to some type of trauma they experienced earlier in life that they never received professional counsel for. It is their defining wound that they’ve made part of their identity. To change for the better would be to lose sight of who they are.

(Ever seen an episode of Hoarders, My Strange Addiction or My 600-Lb Life?)

At best, you can learn to nurture a relationship with a person to the point they begin to want to help you, and that help that you want might mean they change for the better. However, that often is more of a long term investment.

It is often a waste of emotion, time and energy to try to change a person who isn’t motivated to do so on their own.

That’s it! If you found any of my life lessons to be helpful, let me know.

After all, I am making an assumption that my opinions don’t matter, that I am only reinforcing what you already believe, and that to try to convince you otherwise is simply a waste of my emotions, time, and energy.