This past weekend made our 4th time in 3 years to go to a Monster Jam show. Clearly, we are fans! However, this made the first time that Papa got to go with us. He filled in for Mommy, since she was home with your baby sister Holly, along with Nonna.

You and Holly got Papa and me our own special t-shirts for Father’s Day. Plus, you drew Papa a special Father’s Day picture which features you, Papa, and me as dogs, as well as Whiskers; a stray cat that stayed with Nonna and Papa for a few weeks around Thanksgiving last year.

Another thing that made this time special was that it marked the first time Monster Jam was held at the Nissan Stadium in downtown Nashville, which is outdoors; as compared to the Bridgestone Area where it is normally held. 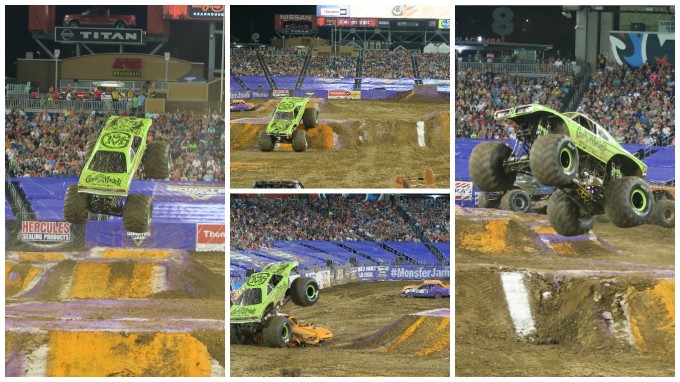 Not only was the noise not so bad since it was outdoors, but there was more room for the trucks to do their thing. And, you counted over 13 different trucks… maybe even 20! That’s the most we’ve ever seen at a Monster Jam event.

This was definitely my favorite Monster Jam show so far! So much action…

We had really good seats- any closer and we may have gotten mud slung on us!

You were very happy to see your favorite monster truck, Zombie, was there. I don’t think the driver intended this to happen, but the truck was smoking as it flew through the air. And just like the last time we saw Zombie, the truck lost one of its arms during all the action. 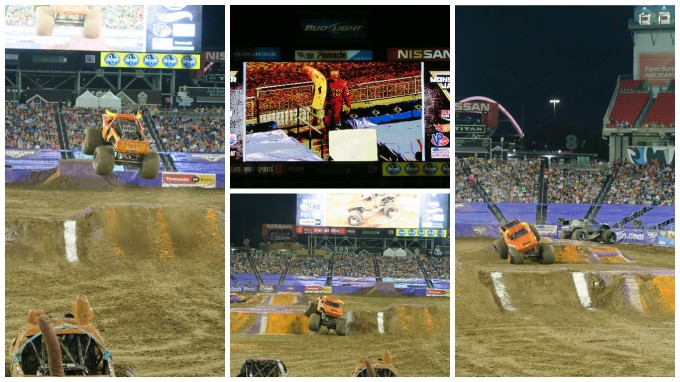 That’s similar to the case with El Toro Loco, which lost one of its horns after the truck did a back flip. To our surprise, as seen on the big screen, the driver apparently gave away the broken horn to one lucky fan. 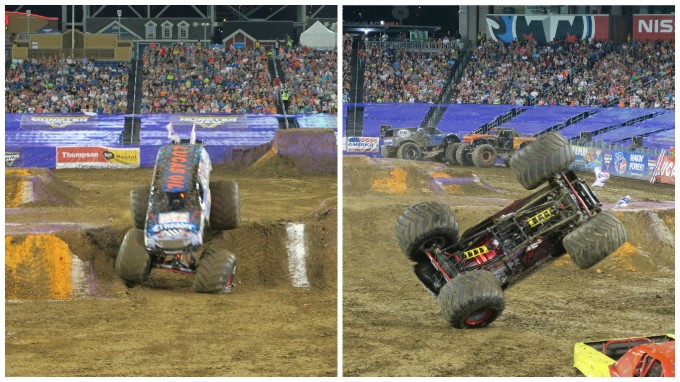 Ultimately, it seems that the “back flip ramp” had a lot to do with which truck would ultimately win the completion, as doing a backf lip earned the driver extra bonus points, but at the same time greatly risked putting the truck out of commission if it landed upside-down. 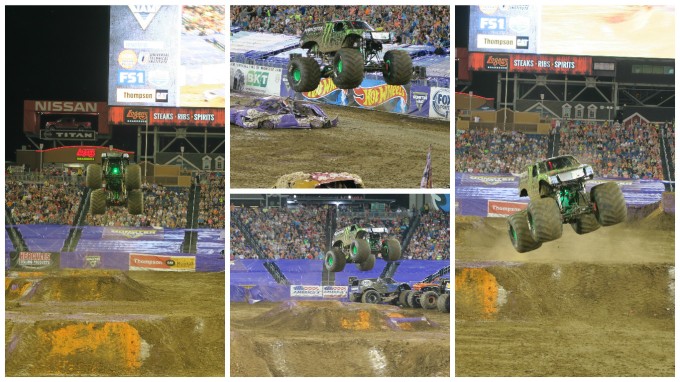 The show ended with the winner being announced: Hot Wheels. Then we were all pleasantly surprised by fireworks! 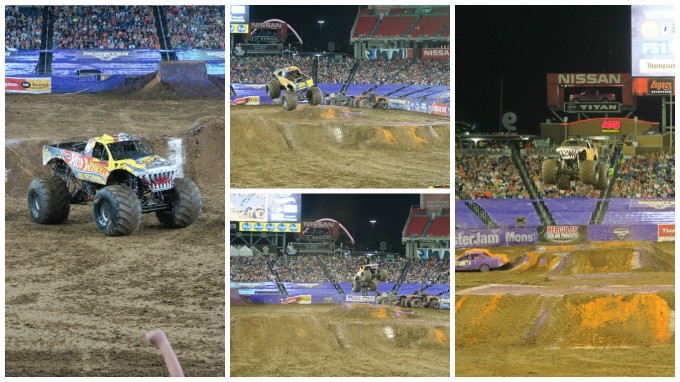 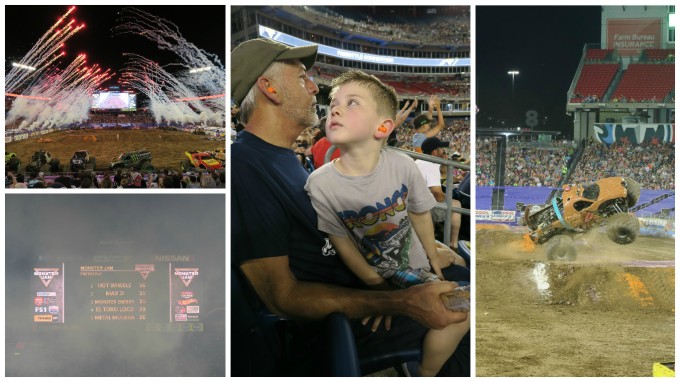 Getting to go to the Monster Jam really made Father’s Day special for Papa and me. As always, you and I are looking forward to going back to Monster Jam the next time it comes to Nashville. 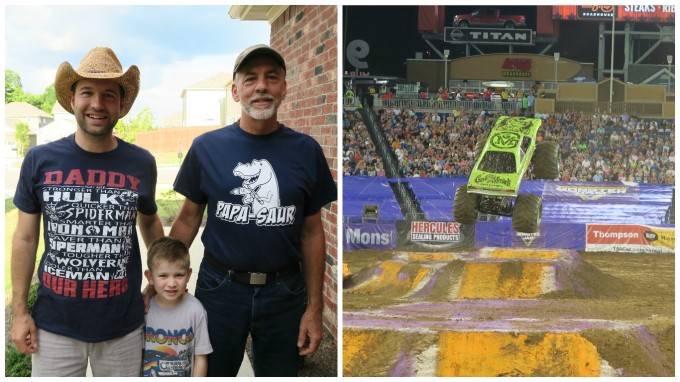