I am not an animal rights activist. I’m not a tree hugger. But watching Blackfish a couple of years ago forever changed my view of orcas.

Yesterday I couldn’t help but notice that in addition to “Non-Christmas Starbucks cups” making the news this week, another headline grabbing attention is the fact that Sea World has officially surrendered:

They are still able to continue breeding orcas in captivity, but at least this news is a major step in the right direction.

Each day on my Facebook feed, I’ve kept up with Blackfish; ever since I watched the documentary when it first came out 3 years ago in 2013.  I’ve watched how sponsors of Sea World have dropped out due to the controversy, I’ve learned how attendance continues to diminish, and now, I’ve seen how in a last ditch effort to please stockholders, I know now that Sea World has decided to make their killer whale show a thing of the past.

Ultimately, this all happened because of a documentary that people watched on Netflix (not movie theaters), and then from there, word began spreading online about Sea World’s history with orcas.

The surprising reason I’m happiest about Sea World removing orcas from their shows is this:

It’s proof that when enough of the free market becomes enlightened on an issue, positive changes can take place… even without the assistance of the government, ridiculous bans from far-right or far-left groups, or violent protests from the people.

Sea World isn’t dropping their orca show due to our government passing a law saying they can’t… or because certain groups officially “banned” them like Starbucks coffee, or because some lunatic bombed Sea World.

Instead, this happened because the free market collectively became educated on the subject and the free market decided it would not continue to support Sea World’s killer whale shows like it used to.

That is much different that an official “ban” against Sea World. 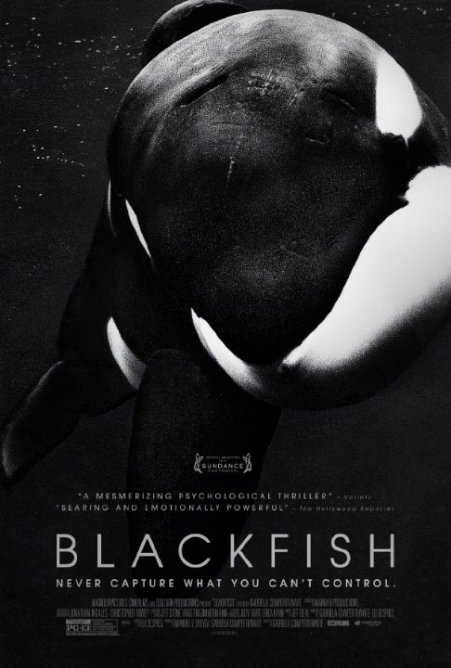 I am happy about this because it is another phenomenon in which documentaries on Netflix influence casual watchers like us to actually consider changing our views, and possibly, the way we live our lives.

I ultimately became a vegan (and therefore finally rid myself of dyshidrosis eczema, severe sinus issues, and allergies to animals) after watching casually watching documentaries on Netflix; like Forks Over Knives, and Vegucated.

It makes me wonder other ways the world can become better thanks to documentaries on Netflix.