One of the classic dad things to do is to throw your kid (especially if it’s a boy) up to the air and catch them, repeatedly.

Yeah… I’ve never done that with you.

I officially realized this a few weeks back when I saw an Instragram photo (featured above) from my friend and professional photographer Joe Hendricks.

Seriously, look at that height! It’s about 5 feet up.

I think his ability to throw his 3 year-old son Austin that high into the air is amazing. Not only that Joe can physically do that, but that his son Austin obviously fully trusts his Daddy that much.

Somehow I just never got around to doing that to you; not even a few inches into the air. And at this rate, I can’t imagine being able to physically do it.

You aren’t that little anymore. In fact, everyone keeps saying you’re going to outgrow me by the time you’re 18. By now, you’re actually pretty tall and pretty heavy.

So I guess I won’t be able to check off “throwing my son up in the air and catching him repeatedly” from my list of things to do as a dad. At nearly 4 years old now, I think you’re too big to throw even a fraction of how high Joe can throw his son Austin.

But I’m sure you wish I could do what Joe is able to do to Austin! 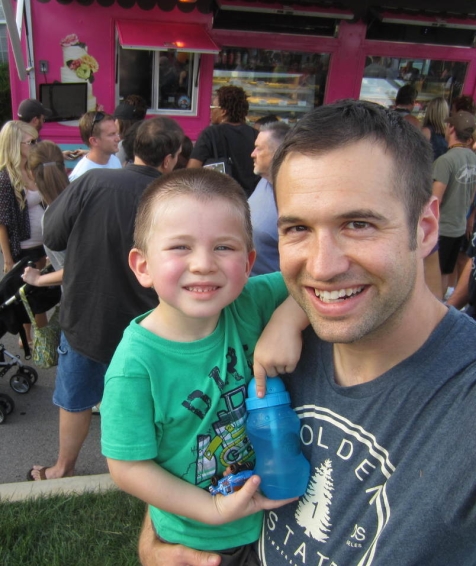 Instead, I’ve been throwing you onto your bed every night as Mommy prepares your bath. It’s sort of like WWE Wrestling for us.

You and I have another new tradition now too. Most mornings you wake up about 45 minutes too early. So I come to your bedroom as his Mommy is getting ready for work, then I ask you to “go camping” with me.

What that means is that I lay down on the floor with a blanket, next to your bed. You then jump down, with your own blanket and lay down either in between me and the wall, or on top of me.

We sort of both half-way fall asleep until Mommy enters into the room to get you dressed. That’s a near daily occurrence these days.

I’m always curious about the subtle ways that fathers and sons show physical affection. As for you and me, we now “go camping” next to your bed. Or like this morning, we just sleep together on your bed instead of beside it.

But as for my friend and professional photographer Joe Hendricks, he shares an amazing bonding ritual with his son that I’ve never attempted.

Meanwhile you have to settle for getting tossed onto your bed, AKA Wrestlemania.

P.S. Here is some of Joe Hendricks’ work: 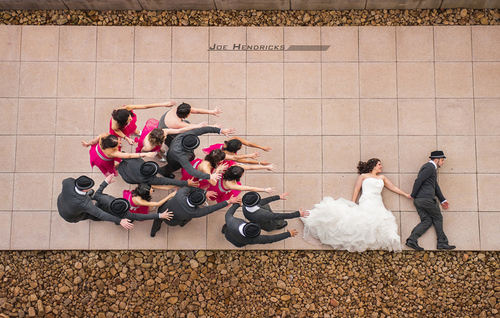