Whether He is Lord, lunatic, or liar, Jesus Christ is still one miraculous (living) legend. 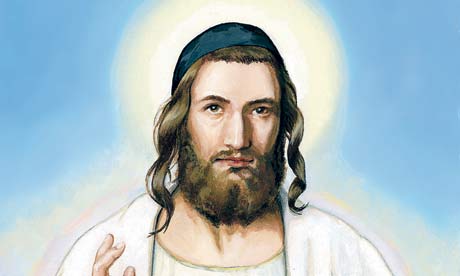 Depending on how you look at it, Christianity is either A) a hokey cult which spun off of Judaism over 2,000 years ago based on a false prophet who was not actually born of a virgin, or B) the continuation of Judaism which is mainly embraced by those who are not actually Jewish, but instead, as the Apostle Paul put it, “grafted in the vine”.

If it weren’t for Jesus raising from the dead three days after His death or at least people believing that He did, then Protestants, Catholics, and Eastern (Orthodox) Christians worldwide would have a completely different religion all together.  Without Jesus actually being the prophesied Messiah of the Old Testament, there would simply be no Christ in Christianity.  We would still have the Old Testament, though.  And we would still be waiting for the actual Messiah to show up.

What if Jesus really wasn’t the Messiah?  Even if He was simply a fictional character who either never existed or was simply a liar, Jesus would still be the most miraculous man to ever walk this Earth.  Why? Because today, nearly 2 billion of the world’s 7 billion population identify themselves with some form of Christianity. According to Wikipedia, Christianity is still the most popular religion of the world, and that’s not even counting the millions in “underground churches” in places like China.  In other words, it would be simply miraculous that a man who never actually raised from the dead could influence so many millions of people for more than two millennia.  It would be a deceptive and tragic miracle, but still it would be a miracle.

Imagine what an impressive hoax that Christianity would be if Jesus was in deed not the Messiah, and most relevantly, if He simply died like any other Jewish man and never came back to life.  Imagine what a miracle Jesus performed if He never even was who He said He was.  I would have the say that Christianity, in that case, would be the biggest waste of time and energy in the history of the world.

Least importantly would be the question proposed in the title: If Jesus never in deed rose from the dead, would we Christians be Jewish instead?

Without Jesus actually being the Son of God who conquered death and paid for the sins of mankind by dying on the cross, then raising from the dead, it not only means we are without an eternal hope of salvation- it means a lot of people, for over 2,000 years, have been serving a false, yet still miraculous god.

2 thoughts on “If Jesus in Deed Never Rose from the Dead, Would Christians Be Jewish Instead?”