I have known Josh Johnson since 1985. We grew up together in Fort Payne, Alabama and graduated high school there in 1999.

One of my earlier memories in life was when his mom picked us up from Mother’s Day Out preschool and we went to his house to play.

He’s one of those people I’ve always known and have been connected to; without even meaning to or even trying. I was just always in his life and he was just always in mine: Like the concept of a “constant”, as explained in the famous TV show, Lost.

So it wasn’t random that during Class Night, which is an official celebration a few days before high school graduation, my mom snapped a photo of us together. After all, we knew each other since before Kindergarten.

The next time I would see him would be a year and a half later, randomly at the local Mexican restaurant, Mi Casita, the summer before I transferred from community college to the university where got my degree in Virginia.

And then… twenty years would pass.

This year, my wife and I had planned our first ever “vacation without the kids” for June, in Florida… but Covid Culture messed up that plan.

So we decided to move our plans to Denver in September.

I’m not exactly sure why I knew or remembered that Josh ended up in the Denver area, but somehow that knowledge was still in my head.

Though he hasn’t logged into Facebook in years, I was able to track him down (it makes sense, as I am a recruiter for a living) and let him know about our upcoming trip.

And as the picture above proves, last Saturday, he and I reunited after 20 years; since the year 2000.

What we both probably imagined would be maybe an hour, there at Navah Coffee House, ended up being 4 hours instead! We had so much to talk about- the only reason we left after only 4 hours was because my wife and I needed to catch our flight back to Nashville.

I think something that has become apparent at this point in our lives, is that we are forever connected. Some people you just can’t shake off.

And I’m pretty sure that next time, it won’t be another 20 years this time before we see other again.

Straight up, what did you hope to learn about here?  If I was someone else, would this all fall apart?

What makes a post popular is not necessarily when a lot of people read it the day it’s published.  What makes it popular is when random people do Internet searches and stumble on it, day after day.

For example, by far my most read is Capital Punishment, In Theory, which at the moment has had 889 direct hits.  That means nearly a thousand readers have come to my site because they wanted to know more about the morality or immorality issues of executing criminals.  So it’s safe to say that more random people have come to my site to hear my thoughts on capital punishment than for any other specific reason.

Statistically speaking then, the other main reasons people wash up on my shore is to read my thoughts on The Bachelor, LOST, healthy eating/organic lifestyle, and oddly, mustaches. 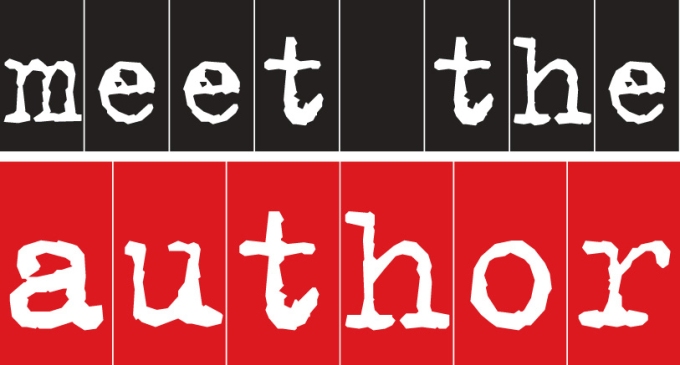 My definition of successful writing is the ability to write about anything (from The Golden Gate Bridge (I Wish You Would Step Back From that Ledge, My Friend) to an old abandoned amusement park (Canyon Land) and make it interesting and intriguing and to hopefully reveal some kind of truth in the process that wasn’t obvious before.

But far all the times the metaphorical spaghetti has stuck to the wall, there were also times it didn’t.  I have made it easy to revisit my most popular posts with pages like Best of 2009 (statistically the most popular posts from last year) and Reruns (a collection of all my different series), but today I will celebrate my least popular.

That doesn’t mean they weren’t popular the first time they were published, because many of them were.  It just means no one has read then since.  In other words, they evidently don’t have much replay value.

Bottom Ten Posts of All Time

The Friendship Police: Why the Heck Not?

I Was Born in a Small Town

Of Mutts and Men

Ghosts in the Machine

Dr. Deja Vu: Before and After

The Edge of “Me Too” Culture

That was fun.  But before I’m done with this subject today, I also need to acknowledge some of the random Internet searchers who came to scenicroutesnapshots.com, only to be disappointed.  I’ve seen all kinds of random search terms that people have typed in to get to my site.

Surprisingly, only a few of them have been kinky.  And a few were deliberate pranks, like “Nick Shell that I dated in high school”.  I never did find out who did that.  But just in the past few weeks, grazing the floor of search terms, I have definitely come across some oddities:

“Chris Harrison shirtless” I’m sorry, sir or ma’am.  I know you really want to see what’s underneath that tuxedo, but he’s the host of The Bachelor, not a contestant.  You wish.

“where can I get a remake of Starry Night?” You mean a reprint?  If you want a remake, I’ll do it.  I haven’t painted since the 4th grade, but I can make this work. I won’t even charge that much.  Fifty bucks sound good?  It may end up looking more like the abstract version of the original, but I’ll get you your remake.  Nice doing business with you.

“to increase your salary, simply mustache” Alright, buddy.  Yes, it’s true.  I can actually help you with that one.  Men with mustaches have higher salaries (Must Not Mustache).  But never, and I mean never, say the words “simply mustache” again.  Not cool, man.  Not cool.

“Lynyrd Skynyrd song that goes- oh that third eye blind” I’m no Casey Kasem, but I think you’re referring to their song “That Smell”:  “Oh, oh, that smell.  The smell of death all around you.” The actual lyrics were a lot different than you thought, I know.  Yes, because “third eye blind” and “that smell” sound so much alike.

“personality that causes cancer” That would be “the Kate Gosselin”, but I haven’t written about that yet.  Good for you for reading my mind, though.

“road turns into mouse” Oh, I get it.  I’ve heard about guys like you.  Look, it must be pretty cool to test different kind of marijuana for pot dispensaries in Denver for a living, but maybe you should cut back on your Internet searching while you’re “working”.