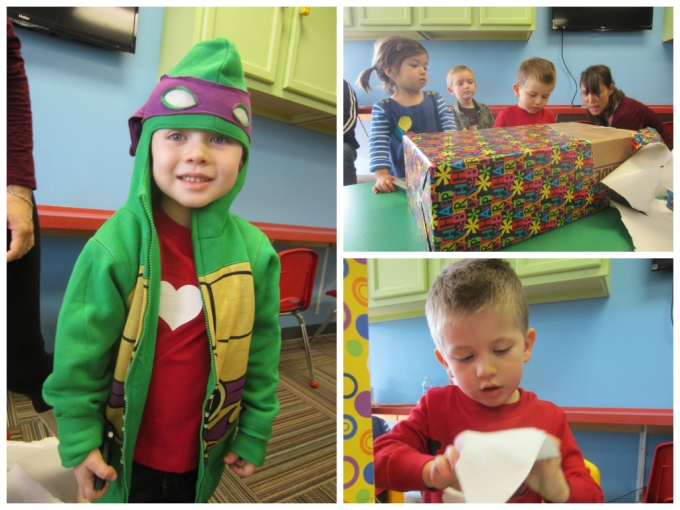 These days, it’s apparently become the standard not to open your presents at birthday parties; especially if it’s in a rented facility and especially in a bigger city.

I figure part of it is a time restraint issue for the 2 hour time limit… and then perhaps part of it is a new cultural take on it; that it’s somehow rude or showy for your child to open his presents in front of all the other kids and their parents.

So naturally, I assumed that’s how we were supposed to do it too, at your 4th birthday party last weekend– to refrain from opening gifts during the party; this was your first birthday party you’ve had that hasn’t taken place at our house. 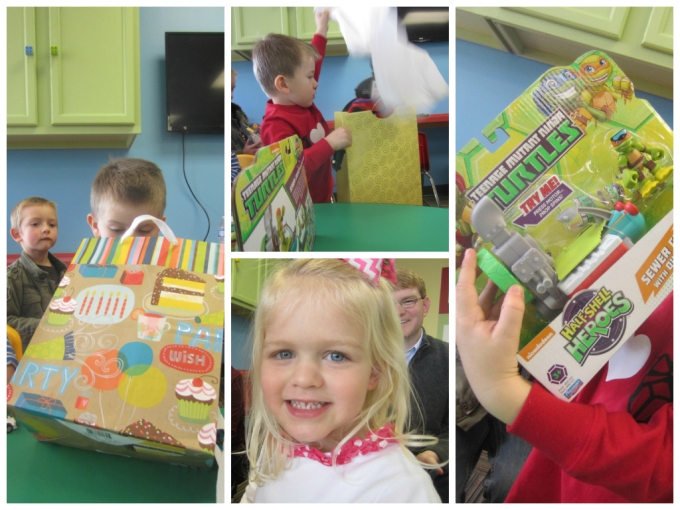 However, around the middle of your party, some of your friends began asking when you would be opening their gift.

Having eaten the cake and snacks 45 minutes into the 2 hour time slot, it still allowed for plenty of time before and after the food, so that there was still a solid 20 minutes remaining for opening gifts. 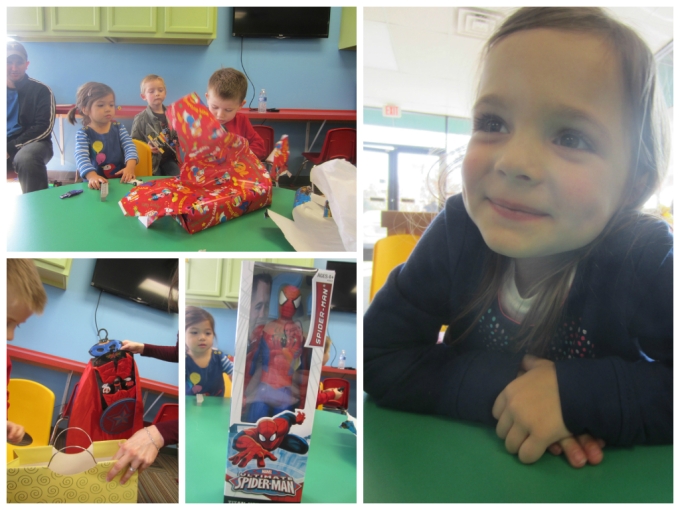 So… even if it may have been breaking the rules or social taboo or something, Mommy and I let you open your gifts in front of your friends!

I was sort of sitting in the middle of all your friends as I was taking pictures and I saw the look of excitement as each of them gradually realized that their gift was in your hands and about to be opened.

Some friends even stood right next to you or behind you to get the equivalent of a backstage pass.

Granted, there were only about a dozen kids there, so it didn’t take all that long; maybe 15 minutes to open all the presents. And of course you helped hand out the party favor bags with the crayon Lego men we made.

I am now convinced: Opening the presents at the party is the way to go! The party attendees demanded it and were happy to see it happen.

Not to mention, you were happy to oblige!

3 thoughts on “Dear Jack: We Actually Let You Open Your Presents At Your Birthday Party”