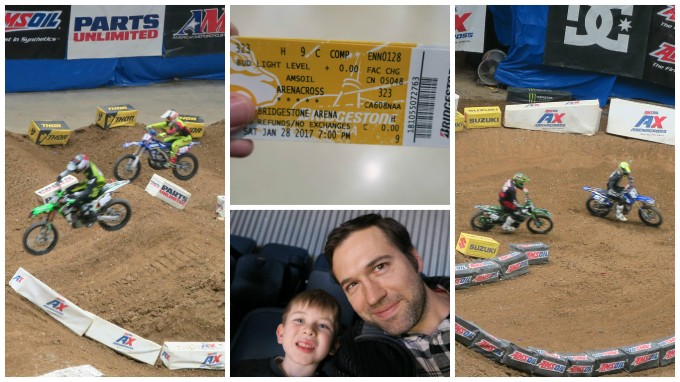 Just a few weeks ago, you and I had our first official Weekend of Manliness when we ventured to Monster Jam, saw Rogue One, and went sledding in the snow. Fortunately, with your Grandma visiting from California to help watch your baby sister, you and I got to spend plenty of time together again; aside from spending last weekend together at the Children’s Hospital for your near-bout with surgery. 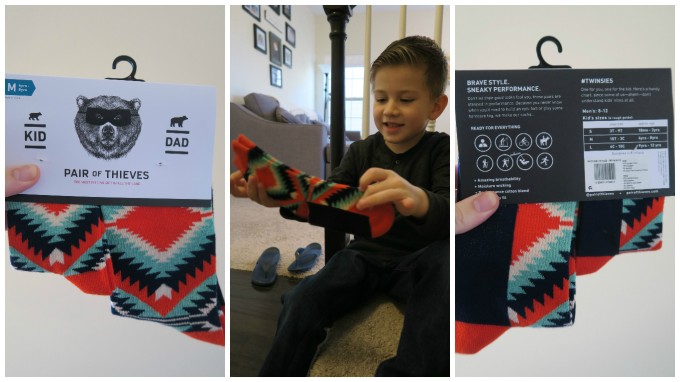 We started out our 2nd Weekend of Manliness on Saturday morning by putting on our special father and son socks by Pair of Thieves, which included a matching pair for both the kid and the dad. Mommy got them for us at Christmas, and I figured this event one be the best event to try them out.

You and I both agreed they are the most comfortable socks we have ever worn! In fact, this morning when I was getting you dressed for school, you insisted on wearing them for the 3rd day in a row. (Shhh… we won’t let Mommy know about that.) 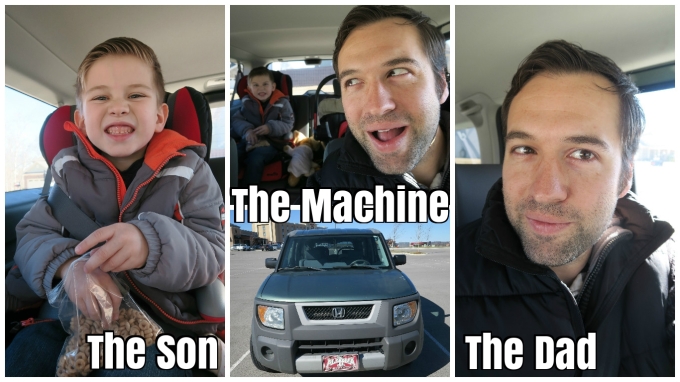 Our journey began when we took off in own beast-on-wheels (my 2004 Honda Element, which I’ve now officially owned for 11 years!) to go see the Monster Trucks movie. You have been wanting to see it ever since last summer when we saw the first trailer for it while watching the newest Star Trek movie. 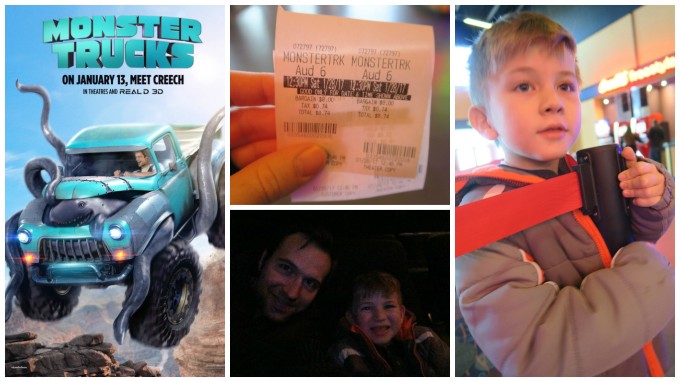 We enjoyed it so much we both agreed that we already want to see it again!

I left it up to you where we we’d go for lunch. I shouldn’t have been surprised- you decided on your favorite: Moe’s. You admitted to me that you chose it because you knew you’d get a juice box and a cookie with your meal. I’m always happy to go there because, as a manly vegan, I can get plenty of healthy veggies and protein when I order their “Earmuffs with tofu.” 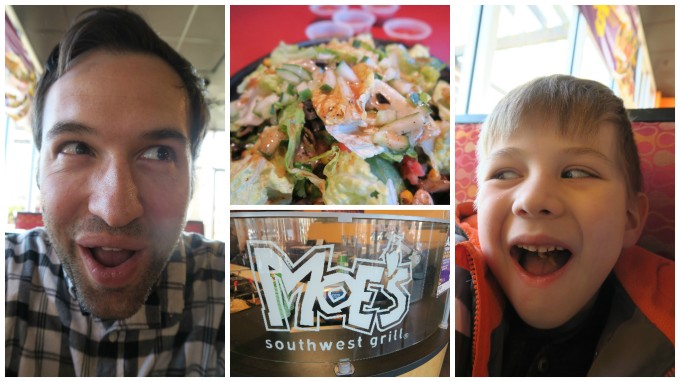 Afterwards, we headed home for a Netflix movie of your choice: To my surprise, you choose an old American classic from 1975: Steven Spielberg’s Jaws. I feared it would be too slow of a pace for you, but you loved every minute of it; just like you loved Jurassic Park.

I was amazed when they caught the shark they thought was the culprit, and you immediately blurted out, “Hey Daddy, that’s a tiger shark! I can tell because of the stripes!” 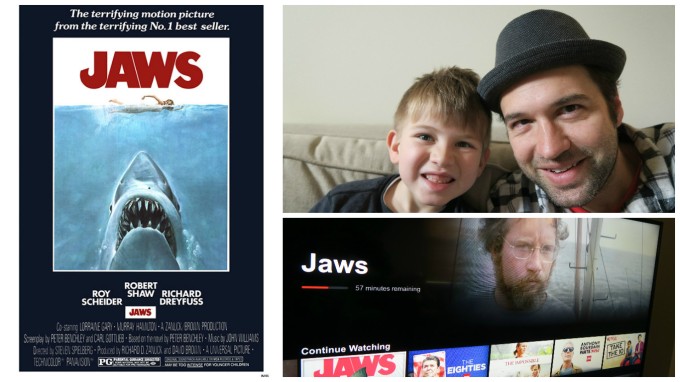 Just moments later, Richard Dreyfuss’s character (Hooper) confirmed you were right; when he explained to the other characters in the movie that a tiger shark could not be responsible for the attacks because its bite radius wasn’t big enough.

Seriously, you are such a smart kid! I understand that perhaps Jaws wouldn’t be most 6 year-old kids’ first choice for a movie to watch with their dad on a lazy Saturday afternoon, but it’s clear that your fascination with science (and animals, in particular) led you to be glued to this movie. You loved watching the 3 main characters hunt for the killer shark. 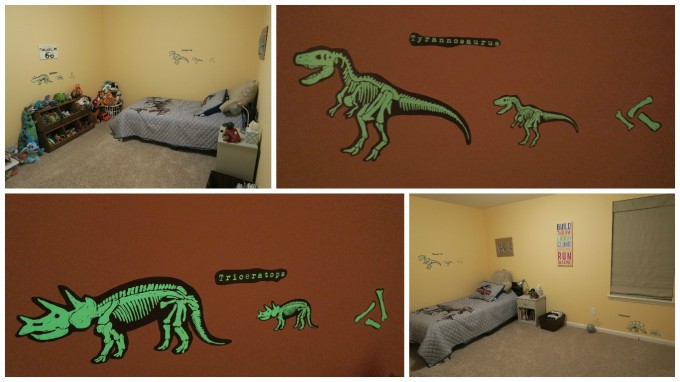 On a related note, your glow-in-the-dark dinosaur fossil decals arrived: Your bedroom has a new, relevant look to match what you’re into these days.

It had been a few hours since our manly meal on Moe’s, soo I made an executive decision for us to swing by Jamba Juice, which was about half-way (and right off the Interstate) to downtown Nashville, where we would be experiencing ArenaCross for the first time. 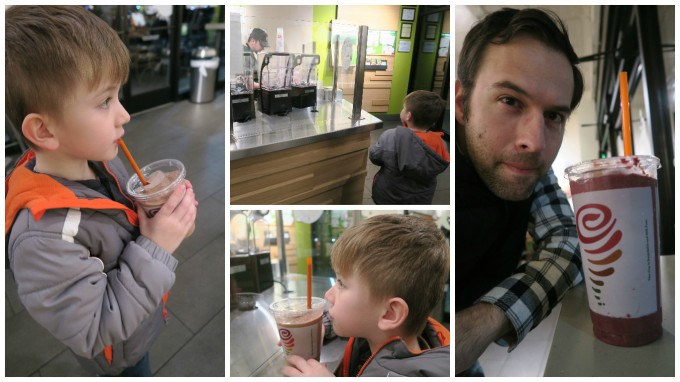 When we arrived, I realized our seats were indeed right next to my co-worker Stephanie’s family; who won the giveaway tickets on my blog a couple of weeks ago. Even though her daughter is a 4th grader and you are a Kindergartner, the two of you quickly became buddies! 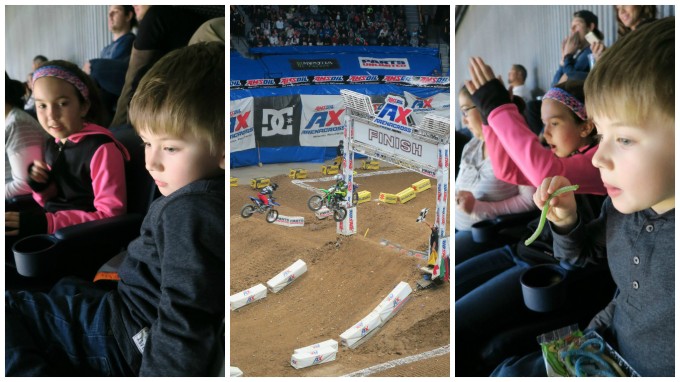 We watched the motorcycles fly high into the air as they raced around the track. I learned over and asked you, “Jack, do you ever want to ride one of those bikes?” 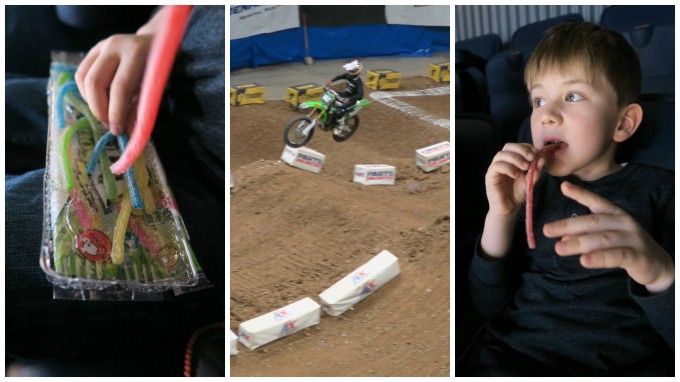 You shook your head “no” but I’m not convinced. I could tell you thought it was really cool. 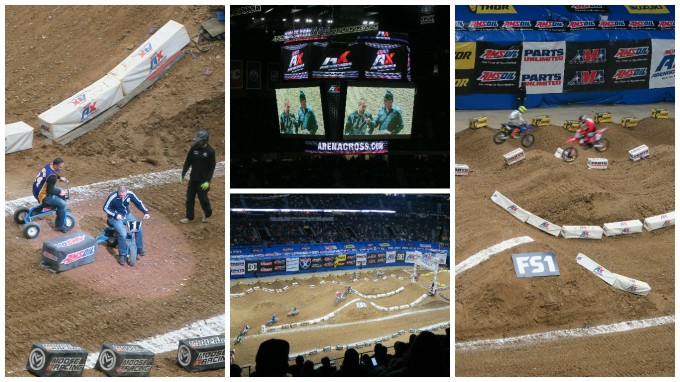 Our 2nd Weekend of Manliness was a success, as we knew it would be. We shall be ever ready for our next special father and son weekend! 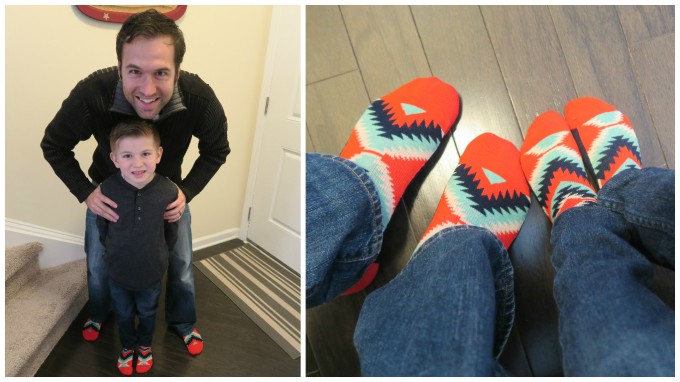