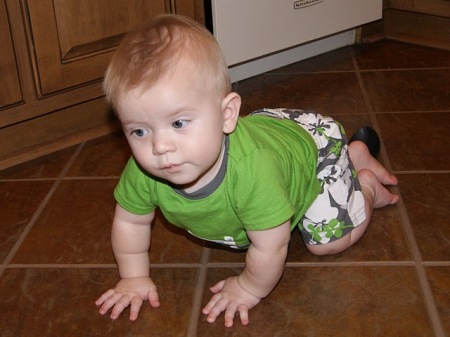 Yes, you did read that right.  No, this isn’t a rerun from March.  This coming Saturday on July 16th as Jack turns eight months old, we return to Music City for keeps.

Imagine you’re me.  You were raised in the Eighties and were taught that money isn’t everything but that being happy is.  You were constantly told that if you really believe, you can achieve your dreams.  So at age 29, you decide to choose happiness over money and move your wife and 3 week old son back to your hometown to be close to family.  You willingly choose less money and less busyness with the purest intentions.

Enter four months of unemployment, then living from savings despite eventually getting a job.  Then after eight months since moving, you come to the realization that it is not a choice to move your family back to Nashville, but simply the only option.

It’s ironic how it took me four months to find a job and how my wife was sent countless rejection letters for all the places she applied, never landing a job that would keep us from dipping into savings every month; yet in a matter of just a few days and few emails, both my wife and I have jobs lined up in Nashville where we will begin Monday, July 18th.

Our former employers are taking us back.  It’s that simple.  Granted, this means we have to put Jack in daycare.  We will barely see him on weekdays because by the time I drive him home from daycare, he will only be awake for an hour before it’s his bedtime.

So, how do I feel about this?  Bittersweet. 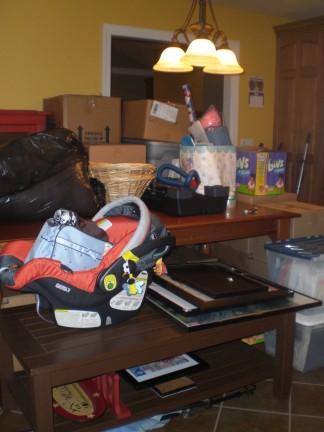 We came here truly believing that we would be spending the rest of our lives here; thinking it would be the last time we would have to unpack our things. And when it seemed our expectations were being threatened, we only tried that much harder to make this work.  But our resistance was futile.

As I have mentioned before, a married man can never stop thinking about his need to provide for his family. So imagine what kind of psychological toil this constant wondering has taken on my own sanity.  For the fact we will be able to pay our bills without dipping into what’s left of our savings; well, that’s more relieving than I can say.  But yes, we will have to move away from my family and they won’t see Jack as much as they used to.

He and his cousin were going to be attending the same school and be in the same grade.  Not now, though.  It’s only a 2 and a half hour drive, but still, things will be somewhat different.

By this point, I am nearly emotionless when it comes having to repack our lives again.  Because again, it’s not a choice to be made; it’s the only option.

So I am accepting my fate.  I was not meant to live in my hometown with my family.  Instead, I was meant to live and work in Nashville, one of my favorite cities in the world.

I am choosing to move forward and be positive about it.  There have been a lot of things we’ve missed tremendously about Nashville: Our church, our friends, our quirky restaurants, proximity to Country music stars, and surprisingly more than you would think, shopping for groceries at Publix, where shopping is a pleasure.

As much as I enjoyed growing up in my hometown and the great memories I always have, it has ultimately proven to be the wrong fit for the 2011 version of me, which includes my wife and son.  And that’s not my hometown’s fault.  It’s just that Nashville is simply where we belong. 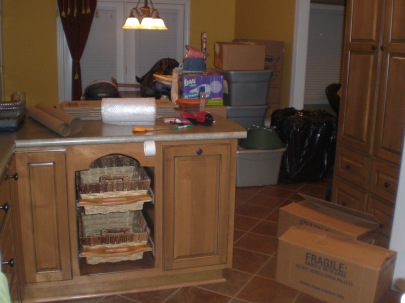 One of our mutually favorite movies is Away We Go, starring John Krasinski and Maya Rudolph.  As they prepare for the birth of their first child, they travel to several cities to figure out where their new home as a family is.  It’s obviously very relatable for my wife and me.

After sticking it out this long, we were obviously more than willing to make this thing work in my hometown.  But now it’s time to return to where our home, as a family, is.

Need another pop culture reference?  This reminds me of the best TV show ever made (and that ever will be made), Lost.  Those who crashed on the island were “chosen” by the island for a purpose.  Even when six of them eventually found a way to leave and go back to their homes, they ultimately had to return because the island still needed them there.

For us, Nashville is the island.  We just need to watch out for those darn polar bears. 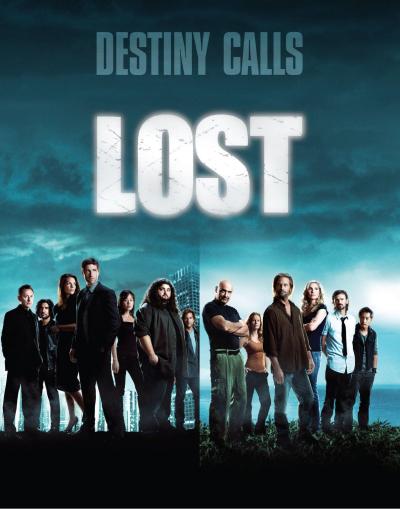