I’m the kind of guy you’ve heard about through a friend, but never met or have even seen in person. 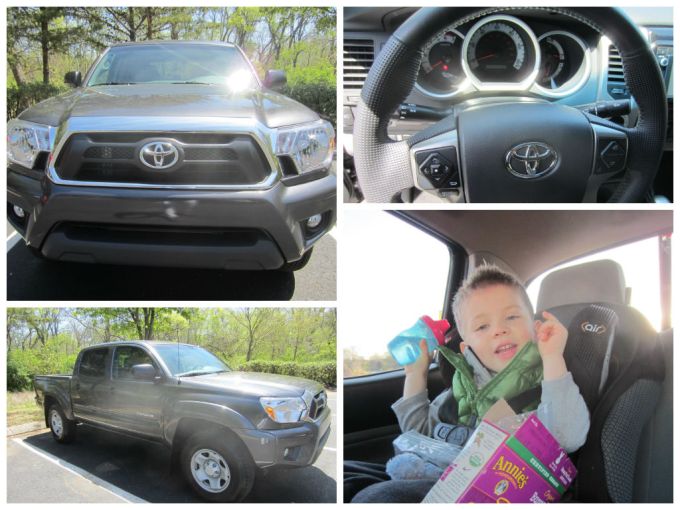 There are people in America who get to test-drive a new car each week to write reviews. And I’m one of those guys…

And I will say, my most favorite vehicle so far, out of all the vehicles I’ve reviewed now, is without a doubt the 2014 Tacoma Double Cab 4X4.

For me, everything about it just came together perfectly. It fit me very well. I even had two different fellow parents tell me that, separately, when I picked up my son from daycare last week.

Getting to drive this Tacoma last week was a great 33rd birthday gift for me.

I know this may sound like a strange thing to feature, but what I loved most about the Tacoma was the cab space.

If you take away the fact the Tacoma is indeed a pick-up truck, the space inside reminded me of the Rav 4; which is another one of my most favorite vehicles I’ve driven for Toyota.

Another positive feature I want to point out about this truck is that the truck itself isn’t too big. I had no trouble parking it or keeping it in the lane, unlike other larger vehicles I have driven.

There’s my opinon, here are the stats… 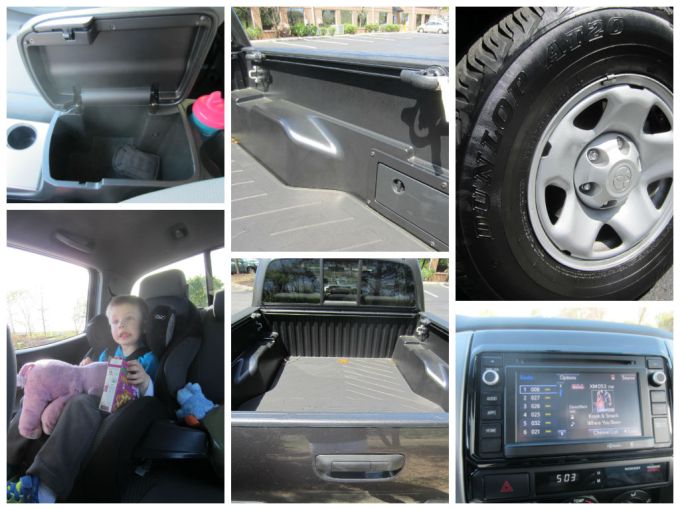 Disclaimer: The vehicle mentioned in this story was provided at the expense of Toyota, for the purpose of reviewing.

P.S. Here’s a collection of my Toyota family reviews so far; just click on title to read the full story:

2014 Toyota Tacoma: My Son Thinks Our Car Windows Are Voice-Activated

2014 Lexus LS 460: 2014 Lexus LS 460 Review, From The Dad’s Perspective; Journey To Howard’s Chapel (The Church Built Into A Rock); Ironically Driving A Lexus To See A Dinosaur Named Junkasaurus Wrecks; What Parents Do When The Kids Are Asleep With The Grandparents; Grandma Regifts As-Seen-On-TV “Perfect Polly” To Great-Grandson; I’ve Heard Of Sleepwalking, But… Sleep-Eating And Sleep-Playing?

2014 Toyota Corolla: Surviving The Polar Vortex Of 2014, Icicles And All