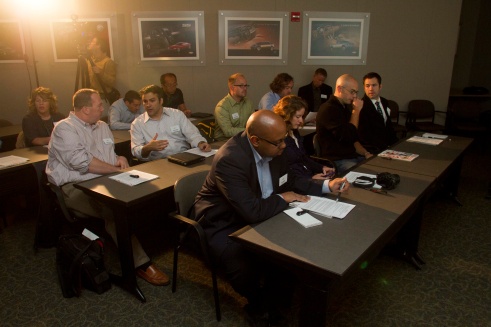 As I’ve mentioned in previous posts, it’s a fact that dads are now more involved in their kids’ lives than any past generation we know of before us. Therefore, this change in culture effects buying trends and consumer demands. So it’s no surprise that the mini-van is being fazed out, as the “crossover SUV” is taking its place. Accordingly, dads are showing a greater presence in the carpooling lane.

That means something to automakers like General Motors; so much so, that a couple of weeks ago they flew me up to their Detroit headquarters to show me, along with several other “daddy bloggers,” how their Traverse is designed- with dads in mind.

By the end of our 22 hour visit, I thought to myself: “Wow, we are being treated as a valuable demographic here, not a classic stereotype…”.

Zach Rosenberg, co-creator of 8BitDad, said it in a way that made me jealous I didn’t think of it first:

“As the dads, we’re expected to be meat-heads, muscle car enthusiasts, and wallets.” 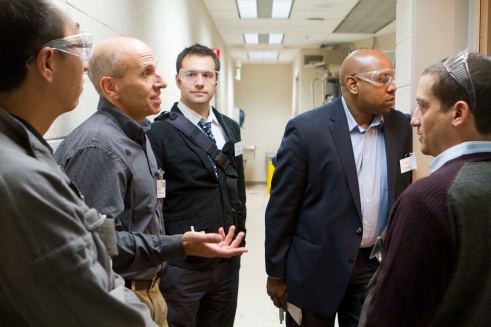 He’s right. Even at best, typically today when dads are portrayed in commercials for household products (advertisements which are typically geared towards women), men are shown making messes, getting lost, and ultimately being put into place by their thin, intelligent wife who saves them from their buffoonery.

Though it was one of my favorite sitcoms growing up, Tim Allen’s Home Improvement capitalized on this concept. I feel like there remains a subconscious backlash from sitcoms like that which says all men care about are sports, light beer, sex, and cars with big motors.

While I recognize that as a valid stereotype in American history, I am overly aware that I represent a completely different demographic of men.

Obviously, this new and relevant demographic holds a lot of weight, because I later found out that we daddy bloggers (who I assume most easilty represent the “active dad” group) were the only targeted group that GM invited to Detroit to show the designing of the Traverse to. 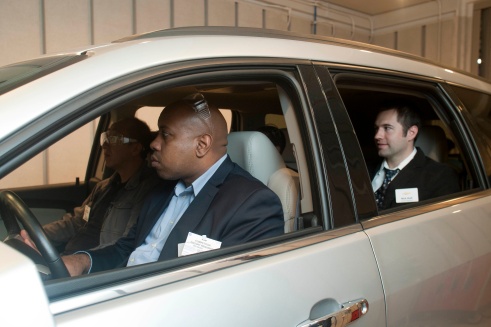 I’m not rich, famous or hugely influential; but General Motors made me personally feel important, desired, and valuable. Evidently, I serve as a relevant symbol of the modern American dad, who may or not even make as much money as his wife and who has learned to adopt certain roles as a parent that would have previously gone to his wife.

In my next post, I’m going to take you behind the doors of General Motors; showing you some of the cool ways they design and test out the Traverse.

But not because they pressured me in any way; I didn’t at all feel like I was being coerced into buying a time share in Florida or forcefully invited to join a pyramid scheme selling trendy diet pills.

Instead, they were real people who treated me like a real person. They even specifically gave me their blessing to include anything negative in my upcoming blog posts, but not to feel like I had to write about the visit at all.

Wow; an invitation to be vulnerably honest. How weird.

I represent the demographic of American dads who actually contribute the bettering of the American family and who actually has buying power when it comes to the family crossover SUV; not the idiot you see on TV who forgets his wife’s birthday.

GM understands that about us dads. That’s pretty cool; to be part a relevant demographic, not a sexist stereotype.

3 thoughts on “Rise of the Dadmobile: GM Sees Beyond Stereotypes”