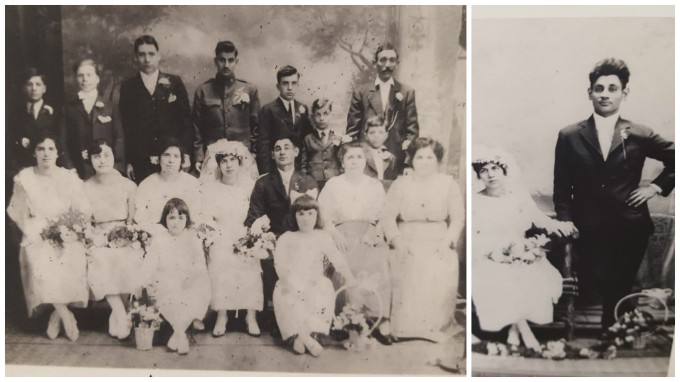 By taking a closer look at this man standing behind my great-grandmother, in the wedding photo of my mother’s grandparents’ wedding photo from 1919, it appears we truly are seeing my Middle Eastern, or Jewish, ancestors; which up until this year, we assumed were Italian.

My mom’s MyHeritage DNA test, as well as mine, indicate that my mom’s grandparents on her father’s side consisted of a Middle Eastern man and a Sephardic Jewish woman, from southern Italy.

Overnight, I began receiving several comments from different subscribers across the world, on the YouTube version of yesterday’s blog post. Here are the 3 that stood out the most to me:

“[The groom] does look Middle Eastern. But also Egyptian.”

“[The groom] looks Half Lebanese, Half Egyptian.”

So now I’m really curious… With the help of the Internet, I wonder if anyone would be able to help me pinpoint what native county my Middle Eastern grandfather’s side came from?

I zoomed in on the man who is seen at the 3:12 mark of the video I made. He is the one standing directly behind my Sephardic Jewish great-grandmother.  I had never noticed before how his suit and jacket and noticeably different that the other men. And yes, what exactly is that decoration on his left shirt pocket? 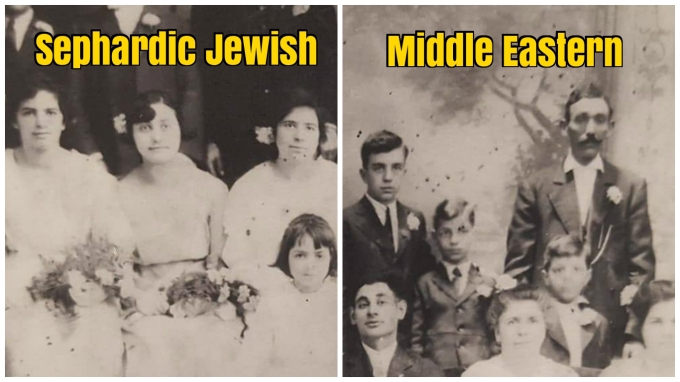 What exactly can we learn about my ancestors from this man’s suit? Does anyone out there know? Can anyone help me? Please leave a comment below if you have any intuition on the subject.

Also, if you’re interested in taking a DNA test like my mom and I did, here’s the link to MyHeritage. 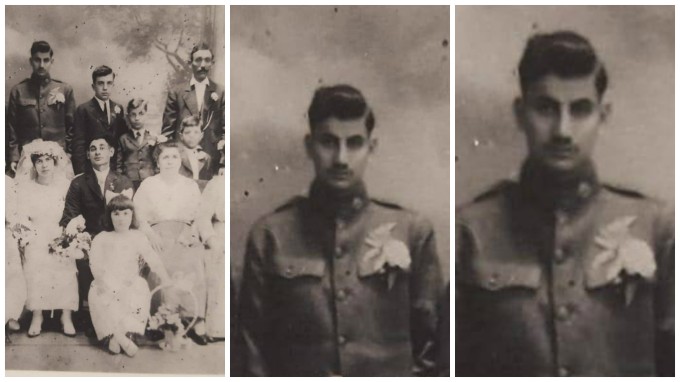 One thought on “MyHeritage DNA Test: Is This a Middle Eastern Suit and Pocket Decoration? Maybe Egyptian? Or Lebanese? Or Jewish?”