1) Why don’t Jews eat pork or shellfish but Christians do? Because most Christians that I know take Peter’s dream in the book of Acts literally to mean that it became okay to eat any kind of animal, after Jesus conquered death.  And it can appear that way if the chapter is not read carefully.  But when I read Acts 10 in its entirety, it’s clear to me that God gave Peter the “animals on a blanket” dream to represent to him that Peter should stop seeing non-Jews as “unclean” and start preaching to everyone, since the mainstream Jewish population rejected Jesus as the Messiah.  And by the end of the chapter, we see that for the first time, non-Jewish people trusted in Jesus for salvation.  And not just a few, but thousands of Gentile people were converted, because of the symbolic dream that God gave to Peter.  It was a dream God used to get Peter’s attention.

If it seems difficult to accept that Jesus dying for our sins on the cross didn’t also change the dietary law that God gave to Moses in the book of Leviticus, consider this: Why are so many people allergic to shellfish?  And why is eating pork the leading cause of people getting intestinal parasites?  Because Jesus dying on the cross didn’t change the fact that the bottom feeders, scavengers, and carnivores still eat the leftovers and the crap left over at bottom of the food chain.  Science didn’t change.  By eating these forbidden animals, we are eating lightly toxic food. 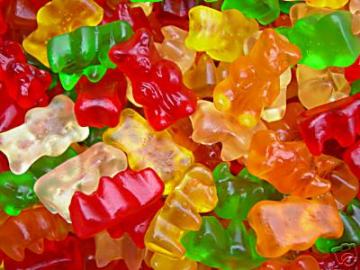 2) And because red food dye is made from scale insects and/or petroleum, any kind of food containing Crimson Lake or Red 40 (mainly candy like Twizzlers and red M&M’s, Skittles, etc.) has ingredients that are not Kosher.  Kosher law does not allow anyone to eat insects other than locusts (which John the Baptist ate), nor does it even mention eating petroleum, but it shouldn’t have to, because it’s pretty clear to me: Petroleum is oil, not food.

3) Also, meat and dairy products are not supposed to be eaten during the same meal.  I’m not saying I never eat a cheeseburger and that I only eat vegetarian lasagna, but I just keep in mind that evidently meat and dairy products were not meant to be digested together, because it slows down the digestion process and promotes constipation.

*But wait, there’s more…Go back to the main page of the The Shell Diet by clicking right here.

12 thoughts on “The Shell Diet: Kosher- Pork and Shellfish are Not Clean Nor Good For You, Even If They are Low in Fat”